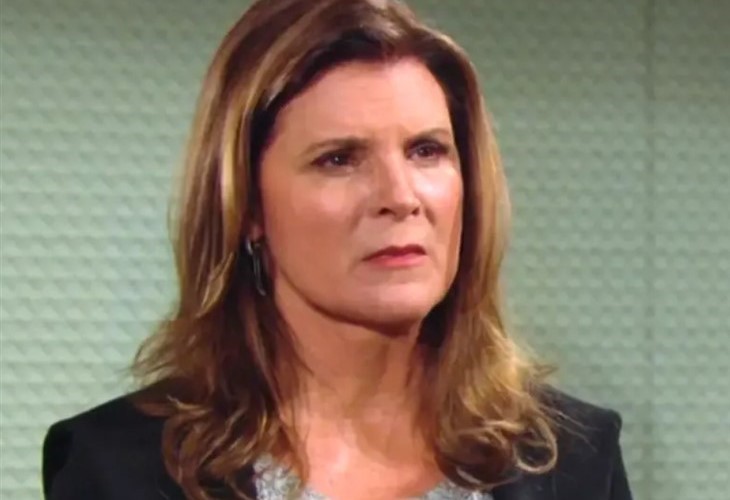 The Bold and the Beautiful (B&B) spoilers document that Sheila Carter’s (Kimberlin Brown) most recent reign of daytime terror has ended. All was resolved within a handful of episodes.

It took many months to build this terrific story line. Yes, the adjective terrific is subjective. But it is fair to assert that there were many performances this calendar year that will or should produce Daytime Emmy Award victories by June of next year.

Bold And The Beautiful Spoilers – All Hail Kimberlin Brown

Brown was her usual iconic self. In what proved to be Sheila’s darkest arc, she shot her son, John Finn Finnegan (Tanner Novlan), then shot her daughter-in-law, Steffy Forrester Finnegan (Jacqueline MacInnes Wood).

Sheila made the scene look like a robbery, demonstrating complete cold-heartedness in the moments following Finn’s death and Steffy’s apparent death. It was chilling and fully confirmed that Sheila has gotten worse, not better.

Brown may win her first-ever Emmy next month, as she is rightfully nominated for performances that were seen during the past voting period. If she does not win, next year’s ceremonies must include her holding the statue if there is entertainment accolade justice.

Bold And The Beautiful Spoilers – All Hail Jacqueline MacInnes Wood

Wood is one of daytime’s great actors. She is a five-time Daytime Emmy Award nominee and has earned the honor of being Daytime’s Lead Actress in 2019 and 2021.

The actor’s efforts during this calendar year should at least earn her at least another nomination in 2023. There is no doubt that Wood’s performances in this arc rank highly in her career on B&B.

Steffy told Sheila that she may have destroyed her family, but she did not destroy her. The lines that have been delivered by Wood, Brown, and others during this intense series of episodes highlight the importance of skilled writing. Kudos to B&B’s staff of scribes.

Will Sheila go to prison and stay there? Might her transfer to another facility allow for an escape with the villain not being located?

The value of this particular villain is that she keeps returning and that the various scenarios she was written into on B&B and her original soap, The Young and the Restless, create drama that would not otherwise be able to exist.

Sheila has never been completely defeated. So, has she been this time on B&B?