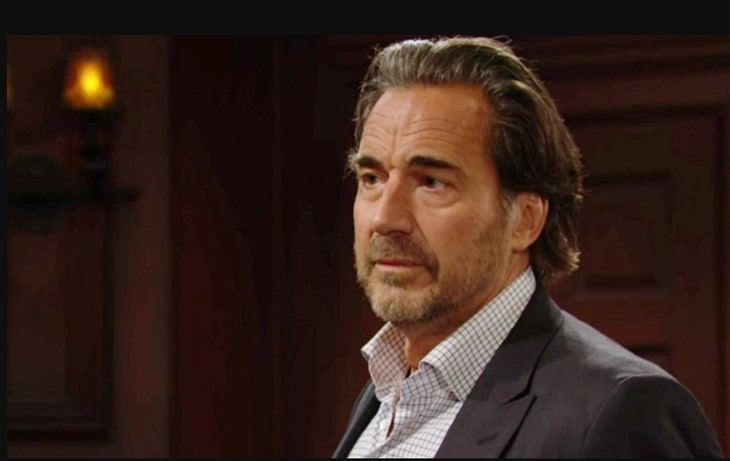 The Bold and the Beautiful (B&B) spoilers tease that Ridge Forrester (Thorsten Kaye) can’t fight his feelings of rage over Thomas Forrester’s (Matthew Atkinson) evil scheme. He cannot believe his son stooped to such levels to oust Brooke Logan (Katherine Kelly Lang) from his life.

Taylor quickly changed the subject, begging Ridge to honor his promise to her and marry her. She suggested they talk about the CPS lie after they get married.

B&B viewers knew that Thomas’s deception would hurt Ridge. He thought he could trust his son after he had been doing much better for several months. Little did he know, Thomas planned a move that would break his marriage to Brooke.

The person he never expected to hurt him in this situation was Taylor. He expected honesty from her. But she deceived him.

Taylor admitted that she planned to get married without telling Ridge the truth. She didn’t think Brooke mattered in their relationship, so Taylor felt that exposing the lie and putting him against Thomas was not warranted.

Then she asked the question everyone wanted to know. “Ridge, are you going to marry me today and fulfill all the promises you made,” Taylor tearfully asked Ridge.

Thomas and Ridge have been in this place many times. Several years ago, Thomas slept with Caroline Spencer (Linsey Godfrey), Ridge’s then-wife, after drugging her. Caroline became pregnant. Ridge knew the baby couldn’t be his child as he had a vasectomy. It later came out that Douglas Forrester (Henry Joseph Samiri) was Thomas’s son. It was something that hurt Ridge, an action that damaged the father and son relationship.

Now, Ridge is facing the same situation. His son did something unforgivable and displayed zero remorse for his actions. He expects Ridge to accept the ordeal, rationalizing his actions because he just wanted his father to marry his mother.

B & B fans, should Ridge forgive Thomas for faking the CPS call? Keep watching Bold and the Beautiful, airing weekdays on CBS and streaming on Paramount Plus. This site is a leading source for everything linked to The Bold and the Beautiful. Check back regularly for B&B spoilers and news!

British Royal News: Prince William And Kate Are Trying To Restore Their Royal Image, But Will It Work?