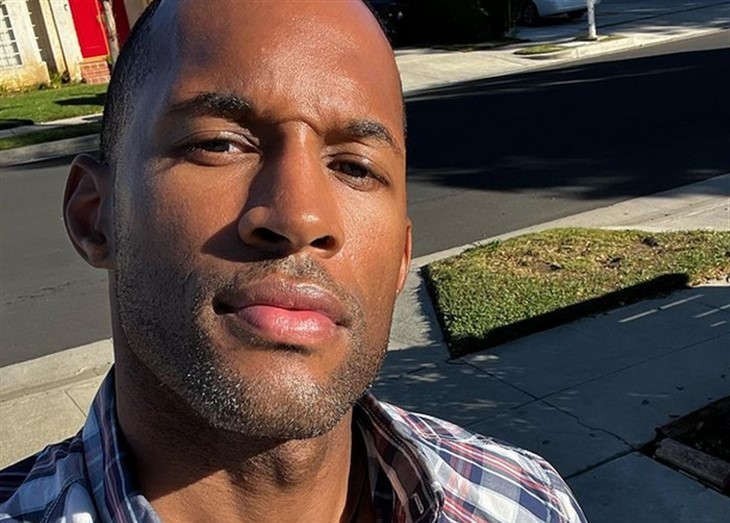 The Bold and the Beautiful (B&B) spoilers tease that life is good in LA for Carter (Lawrence Saint-Victor) and Quinn Forrester (Rena Sofer). These two star-crossed lovers are back on track after a stupendous non-wedding that left poor Paris Buckingham (Diamond White) a vision in white at the alter and alas, all alone. Saint-Victor talked to TV Insider about Quarter’s second coming and we have the deets for you here.

It was a stunning development that no one saw coming when for once a wedding went south for the right reason! Carter and the rest of the five or so gobsmacked guests were shocked to see a mascara streaked Quinn suddenly pop up at the nuptials and stand and gawk. What did the actor think about the dramatic moment? He said, “I love that it ended the way it did and then for a year later, to pick it back up, because it’s unfinished business.”

B&B spoilers – Quarter is Back!

He added, “It’s something that was tucked away that we knew, like, they had these unresolved issues around that whole thing and then for it to come back around—of course they still love each other. It never ended. They just decided to go their separate ways, but that love never ended.”

Let’s not forget the reason why Quinn ran off to snatch Carter from a life of domesticity with the wrong lady—her own husband Eric Forrester (John McCook) was also having an affair!

The Bold and the Beautiful actor concluded, “When she comes in and says she’s here for Carter, he can’t take his eyes off her. This is everything he ever dreamed about. It’s almost like he has to pinch himself. All he wants to do is just run up to her and grab her.”

The Bold And The Beautiful Spoilers – Quarter Are Back On Track

What is next for Paris? Will she turn into a bunny boiler? According to the actor, “I don’t know if there’s any softening of leaving someone at the altar. My last interaction with Paris was just a sincere, deep apology and she’s definitely upset about it. Her mom [Grace, Cassandra Creech] is really, really upset about it, but as far as right now, there hasn’t been any crazy altercation.”

To be fair, Grace got everything she ever wanted, for her little darling to be free of low life Carter!