B&B Spoilers: Is Brooke Heading Back to Ridge or Away Forever? 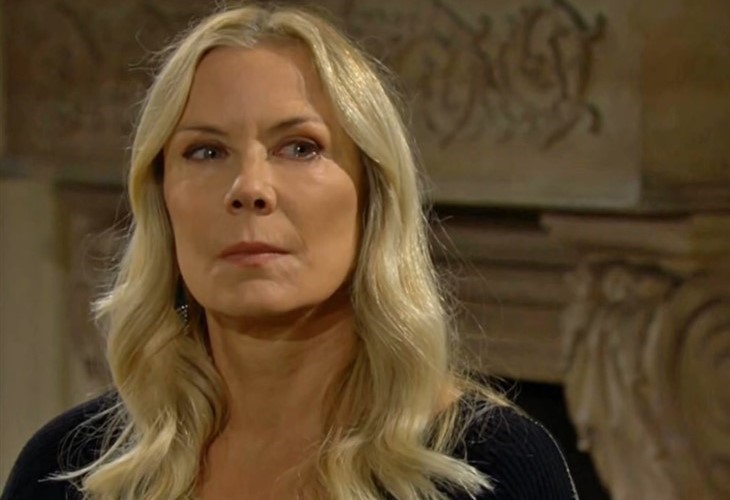 The Bold and the Beautiful (B&B) spoilers document that Brooke Logan Forrester’s (Katherine Kelly Lang) epic dream restored her faith in the power of love. The connections she made these past thirty-five years as the reigning lead female character on the show are iconic. The last sentence offers all due respect to the late Stephanie Forrester (Susan Flannery), who likely also agrees from heaven that Brooke has the crown now.

Eric Forrester (John McCook) was fittingly part of Brooke’s opening dream sequence. He, along with Lang, are the two remaining original cast members who are still part of the show.

The Bold And The Beautiful Spoilers – If Not Now, Then When?

But the feelings Brooke and Ridge share for each other is not the question. Instead, their short- and long-term future is at stake.

Devoted viewers know that Ridge did not leave Brooke this time because he has fallen out of love with her. He loves his Logan more than ever and has openly stated so.

Brooke was distraught. She felt hopeless. So, her dream appears to signal a renewed resolve as she fights to get Ridge back. While they are not divorced, their marriage is heading in that slow direction.

Ridge also continues to reinforce his concern for her having inexplicably broken sobriety. That is no mystery to viewers. They realize that Sheila Carter (Kimberlin Brown) is the villain who intentionally created that outcome.

Sheila’s revenge play was aimed at erasing Brooke’s influence on John Finn Finnegan (Tanner Novlan). It is flabbergasting that Sheila could not determine Brooke’s power was limited, at best, with Finn and Steffy Forrester Finnegan (Jacqueline MacInnes Wood).

Sheila’s tell to Thomas Forrester (Matthew Atkinson) is leading to Steffy knowing the truth about the champagne label switch. So, the wink appears to be that Sheila sabotaged herself and that Brooke will be revealed as her victim.

The Bold And The Beautiful Spoilers – Brooke Logan Forever

Brooke is one of those characters who is forever. It was right to have B&B’s special-event thirty-fifth-anniversary edition show center on Lang’s character.

She has stood at crossroads in her life many times before. Today, she knows that Ridge should be her destiny. Realizing that goal will involve Brooke resolving to rededicate herself to him.

But it may not be in the daytime cards that this couple reunites soon. Loyal fans know that, as always, Brooke Logan, with her name extended or not, is always worth the watch.