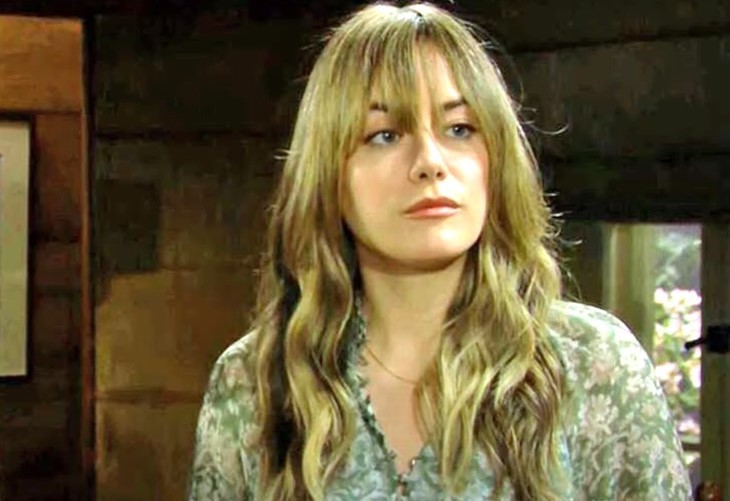 The Bold and the Beautiful (B&B) spoilers for Monday, January 24, 2022, reveal Hope not believing her own ears and Paris wondering what went wrong.

The Bold And The Beautiful Spoilers – Why Would Hope Logan Be Shocked?

Douglas (Henry Joseph Samiri) saw Grandma kissing Santa Claus. He’s been trying to tell Liam (Scott Clifton) and Hope Spencer (Annika Noelle) that for weeks, and Hope finally decides to take the kid seriously and not brush him off. So, she confronts her mother and asks her what really went on New Year’s Eve.

While Brooke Logan Forrester (Katherine Kelly Lang) is shocked to hear that Douglas witnessed her kiss with Deacon Sharpe (Sean Kanan), Hope is just shocked that it’s true. Brooke really did kiss her father to ring in the new year. And more than that, they slept in the same bed together, although all they did was sleep. Why Hope is stunned we have no idea because she is a grown woman who should know her mother by now. After all, look how she came to be.

Brooke swears Hope to secrecy but also worries and panics that Douglas might tell someone else, specifically Grandpa. How does she keep the little boy who likes to tell secrets quiet?

Paris Buckingham (Diamond White) is also surprised on Monday when Carter Walton (Lawrence Saint-Victor) tells her they really shouldn’t spend time alone together and kiss anymore. Paris, who is as fickle about men as Liam is about women, wants to know why. Well, Ridge Forrester (Thorsten Kaye) gave Carter some advice — stop pining over women who are not completely available.

She’s had crushes on so many men since arriving in Los Angeles, she’s lost count by now. Plus, her mother is around and she is not sure how to show her that she has a stable life. Stay tuned to The Bold and the Beautiful weekdays to see how these stories play out.