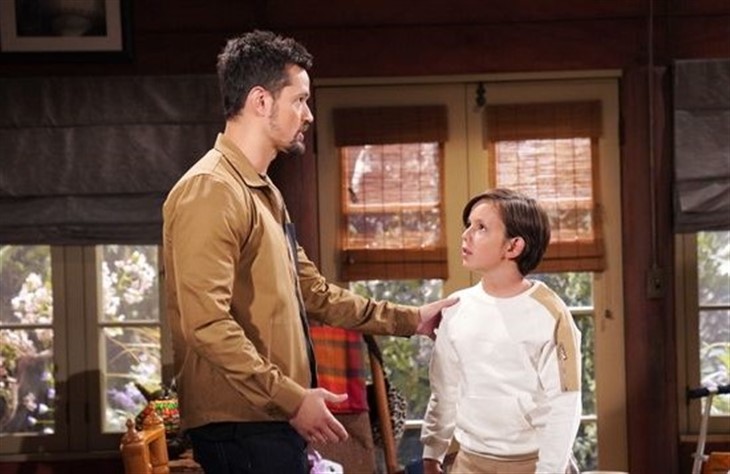 The Bold And The Beautiful (B&B) spoilers indicate a full-fledged custody battle for Douglas Forrester (Django Ferri). Thomas Forrester (Matthew Atkinson) may be Douglas’s father but he has been absent much more than he has been present. Suddenly, Thomas wants to be Douglas’ primary caregiver and uproot him from the home he has been in for years.

The Bold and The Beautiful spoilers reveal that Thomas manipulated Hope Spencer (Annika Noelle) into adopting his son. Hope has been a terrific mother to Douglas since before she adopted him. Eric Forrester (John McCook) has seen how good both Hope and Liam are with Douglas and want him to be happy. Eric is very concerned about Hope’s feelings about Thomas wanting to change their custody arrangements.

Eric is thrilled that Hope has been attending family events. Eric believes as Douglas’ mother, Hope should be included. Eric wants what is best for his great-grandson but that may not be taking him away from his mother. Douglas has always leaned heavily on Hope and Eric knows he loves his mom. While spending time with Thomas sounds like fun, that doesn’t mean Douglas wants to leave his mom’s house full time. Douglas needs his mother too.

B&B Spoilers – Donna Logan Will Side With Hope Spencer

Eric knows that Donna is going to support her niece and he should be able to live with that. After all, no one can knock Hope’s treatment of Douglas. Unlike Thomas who has done some pretty terrible things to his son. Why would anyone believe it was okay to allow Thomas to have Douglas full time?

Even Eric sees that Douglas is with other people much more than he is with Thomas. Eric is the one person who questions how Hope feels. Does Eric since something that he is sure Hope is picking up on too? Is Eric just as concerned about Thomas having custody of Douglas as Hope is?

Hope is going to fight for her son because she isn’t comfortable with Thomas having full control of him. How can anyone blame Hope considering that until recently, Thomas has made little effort to get closer to him?