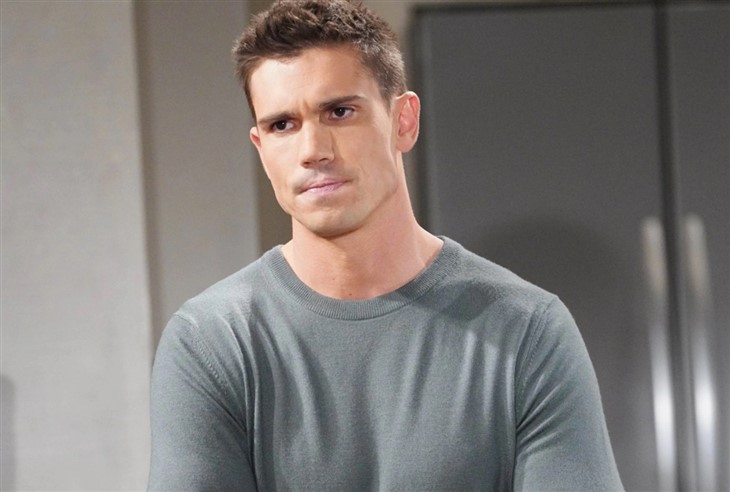 The Bold and the Beautiful spoilers document that there are various reasons why fans are still buzzing about John Finn Finnegan (Tanner Novlan). They cared about the character and embraced the actor who played him.

Along with the above, it is completely natural for speculation about Finn’s death to remain. It feels unusual that the dialogue offered about Novlan’s character involves his life and brutal death, while also omitting comments about a ceremony to honor him.

Soap time is not real-time, as many episodes represented what appeared to be hours spanning that one horrible night into the next day. So, it could be that less than a week has passed since Finn was supposedly killed. Wait, supposedly?

The Bold And The Beautiful Spoilers – Definitive Death Answer Is Deserved

Finn was shot at point-blank range by a deranged shooter, who was using a silencer. Sheila Carter (Kimberlin Brown) missed hitting her son in the heart or head is believable because Finn was protecting Steffy.

So, Sheila aimed for Steffy Forrester Finnegan (Jacqueline MacInnes Wood) when an unexpected person moved in front of her. That person was Sheila’s so-called beloved son. But Sheila was in the killing zone and could not stop herself from pulling the trigger.

Finn lost a lot of blood and fell unconscious. Sheila checked his pulse, and he appeared to be dead. But wiggle room was left for an undetectable pulse scenario to be claimed if he proves to be alive.

Sheila did not intend to put a bullet in the son she gave to Jack Finnegan (Ted King) approximately three decades ago. However, Brown’s character wanted to end her daughter-in-law’s life. So, how did Steffy survive?

It seems obvious that Sheila is not a marksman or a true killer. If she was a marksman, Steffy would not be alive. If Sheila were a true killer then more than one bullet would have been put into Steffy.

Sheila pulled herself out of her psycho stupor after seeing Finn and Steffy lying on the concrete in the alley. In the aftermath, her instinct was not to finish off one or both victims. Instead, she made the gruesome scene resemble a robbery scene because she was more concerned with getting caught than ensuring that Steffy was a fatal victim.

The Bold And The Beautiful Spoilers – Scripting The Almost Impossible

It is not impossible for Finn to be alive. He could have maintained a faint pulse while being transported to the ambulance.

But if Finn revived on his own or was brought back to the light by one of the emergency medical technicians, why doesn’t his entire family know that?

TPTB will need to present a fantastical story that is also digestible if Finn is discovered to be alive. Li Finnegan (Naomi Matsuda) is a doctor. So, she stands as the most plausible individual to have intervened in this plot.