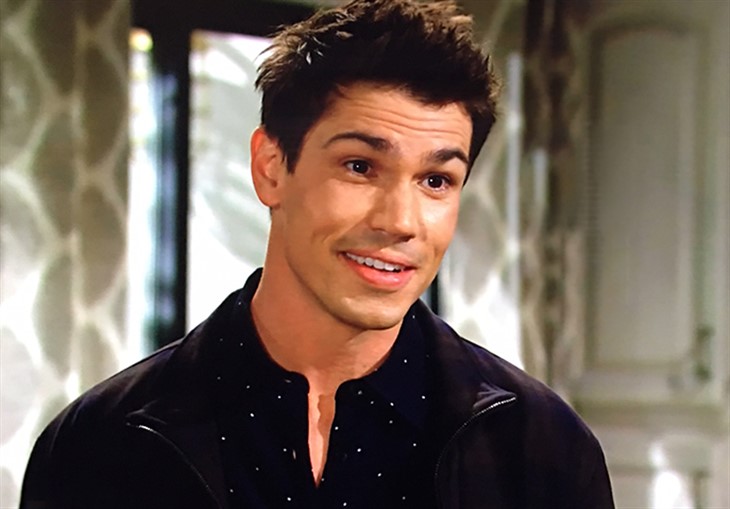 The Bold and the Beautiful spoilers reveal that several characters are involved in Sheila Carter’s (Kimberlin Brown) latest scheme. However, the most important and relevant person in this storyline seems to be missing. Why isn’t John “Finn” Finnegan (Tanner Novlan) involved and could it mean a bombshell finale that ends Sheila’s reign of terror?

The Bold And The Beautiful Spoilers: – Sheila Carter’s Family Claim

B&B spoilers reveal that when Sheila returned to the canvas, it was connected to Finn’s life story. Sheila announced that she was Finn’s biological mother, which caused Steffy Forrester Finnegan’s (Jacqueline MacInnes Wood) head to practically explode. Sheila kept trying to be a part of Finn and Hayes Forrester Finnegan’s (Piper Harriot) lives despite Steffy’s objections.

However, the story has taken a wild turn. Sheila seems to still be involved in the Forrester family’s business via “Bridge.” While Sheila has been sharing a lot of scenes with Taylor Hayes (Krista Allen) and more recently, Thomas Forrester (Matthew Atkinson), Finn is missing.

It certainly seems strange as Finn should be one of the main people that Sheila interacts with in this story. After all, isn’t that the whole reason for Sheila’s revenge on Brooke Logan Forrester (Katherine Kelly Lang)? Sheila sought payback for Brooke threatening to keep Sheila from Finn, yet that very person isn’t even involved in the story.

The Bold And The Beautiful Spoilers – John Finnegan’s Disappearance

The Bold and the Beautiful spoilers reveal that Finn has really only been seen making out with Steffy. When Finn does have a speaking part, it’s just “SINN” going on and on about Taylor and Ridge Forrester (Thorsten Kaye). Sheila has barely mentioned Finn, which is quite odd. That leads us to wonder if there is a bombshell finale coming that features Finn front and center.

The only reason Sheila is still in Los Angeles is that Finn keeps giving her olive branches. Sheila was set to leave town when Finn suddenly texted her back. Then, Finn’s appearances dwindled, so Sheila has been constantly bothering Taylor at work.

While Thomas recently learned the truth about Sheila’s champagne switch, the only person who might be able to stop Sheila is the person who’s missing. Of course, that is Finn. Will Sheila do something so disastrous and dangerous that Finn is forced to take drastic action? Could the bombshell finale end Sheila’s reign of terror for good?

Why do you think Finn has suddenly been cut out of Sheila’s story? How far will Sheila go to take down Brooke and what will Finn do when he discovers the truth? Will Finn be forced to take drastic action when his mother’s scheme turns deadly?

The Lost City: Channing Tatum Gets Naked With Sandra Bullock