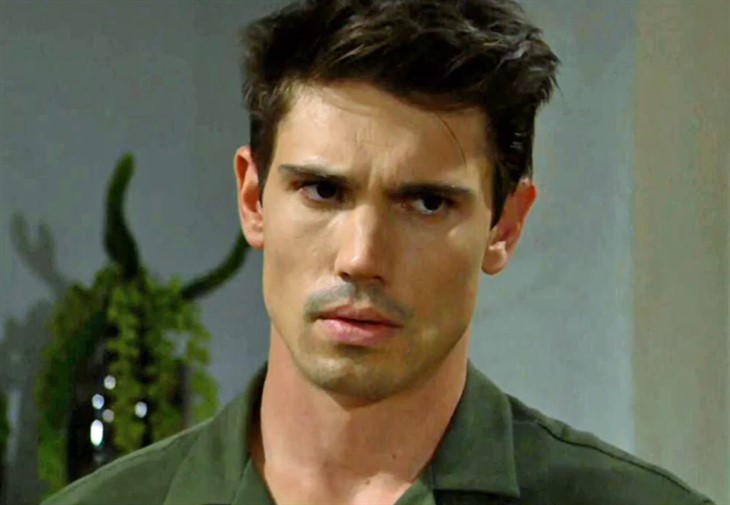 The Bold and the Beautiful (B&B) spoilers reveal that Sheila Carter (Kimberlin Brown) threatens a member of the Forrester family. Around that same time, Steffy Forrester Finnegan (Jacqueline MacInnes Wood) finds out the truth. If Steffy tells John “Finn” Finnegan (Tanner Novlan), he will never forgive Sheila. Could Sheila try to kill Steffy, but accidentally shoots Finn instead?

The Bold And The Beautiful Spoilers – Steffy Forrester Finnegan’s Discovery

B&B spoilers reveal that Steffy is determined to find out what is really going on between Sheila and Thomas Forrester (Matthew Atkinson). Steffy was concerned after she heard the last part of a phone call Thomas was on. Thomas made up a story and ran out to meet Sheila in an alley. Steffy secretly followed Thomas and was stunned to find him meeting Sheila.

Even though Steffy couldn’t hear what Thomas and Sheila were talking about, she will continue investigating. After hearing another phone call between the two, Steffy discovers the truth.

It is teased that Steffy’s discovery will lead to catastrophic consequences. Plus, Sheila threatens a member of the Forrester family. Then, Sheila had a conversation with Finn in which there was some grim foreshadowing.

Sheila promised that Finn would never hear anyone saying she was up to no good. Notice that Sheila said Finn wouldn’t hear about it. The villain never said anything about not actually doing any scheming. So, when Finn gets close to learning the truth, Sheila will do whatever is necessary to keep the truth hidden.

The Bold And The Beautiful Spoilers – Sheila Carter Shoots?

The Bold and the Beautiful spoilers reveal that Steffy could threaten to expose Sheila. The first person Steffy would tell is Finn. Sheila knows that it would destroy any chance she has of developing a real relationship with Finn and Hayes Forrester Finnegan (Piper Harriot). Sheila knows that it will be impossible to blackmail or threaten Steffy. Sheila has used a gun on her enemies before and it could happen again.

Finn needs a bit of redemption. Even though he always has good intentions, Sheila is the wrong person to let into his life. Finn might not be letting her secretly hold Hayes anymore. However, Finn keeping her at arm’s length isn’t far enough. Sheila will always manipulate and scheme to get what she wants.

So, if Sheila tries to eliminate Steffy, what will save the character from death? Could Finn be the person who walks in at exactly the right time? If so, Finn could jump into action to save Steffy… but it might nearly cost Finn his own life. It would be the worst thing in the world for Sheila. Not only would she be exposed and imprisoned, but she would have to deal with nearly ending her own son’s life.

Days Of Our Lives Spoilers: Is Jan’s Baby The Devil’s Illusion To Torture Belle?