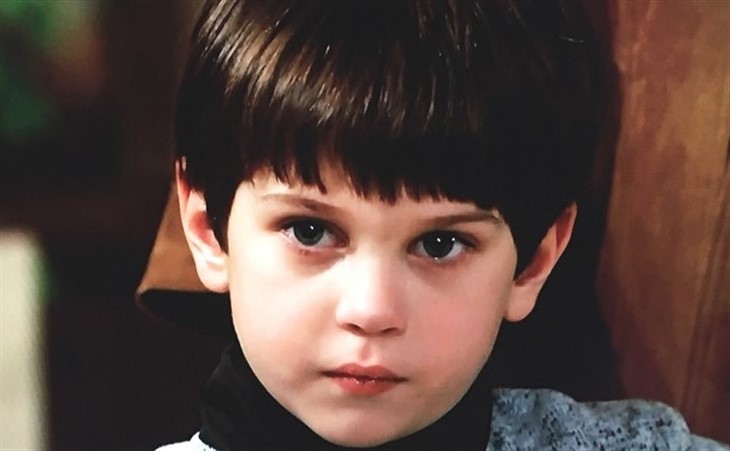 The Bold and the Beautiful (B&B) spoilers reveal that Brooke Logan Forrester (Katherine Kelly Lang) has Ridge Forrester’s (Thorsten Kaye) support after her relapse. However, she likely omits the fact that she kissed Deacon Sharpe (Sean Kanan). Douglas Forrester (Henry Joseph Samirir) saw the smooch and could expose his granny Brooke just when she feels secure about Ridge.

The Bold And The Beautiful Spoilers – Brooke Logan Forrester’s Confession

B&B spoilers reveal that Brooke can’t believe that she gave into temptation. Brooke not only drank alcohol, but she partied with Deacon all night long. Deacon and Brooke shared a kiss, but that’s not all.

Apparently, Brooke passes out on New Year’s Eve and Deacon tries to do the gentlemanly thing by carrying her to bed. However, Deacon doesn’t leave after that, and doesn’t sleep in another room. Instead, he plops himself on Brooke’s bed and gets some zzz’s. Even though Brooke tries to keep her relapse a secret, she can’t do it for long and ends up confessing.

Even though Brooke confesses to drinking alcohol on New Year’s Eve, Ridge still gets the idea that there is something he doesn’t know. Brooke explained why Deacon was at the house while Ridge was out of town.

Brooke likely says that Deacon joined her, Liam Spencer (Scott Clifton), Hope Logan Spencer (Annika Noelle), and the children for New Year’s Eve. After all, that is true and “Lope” can confirm it. However, Brooke probably leaves out the part where Deacon returned and that they shared a kiss.

The Bold And The Beautiful Spoilers – Hope Logan Spencer’s Secrecy

The Bold and the Beautiful spoilers reveal that Hope tries to help her mother get back on the wagon. Hope also tries to help Deacon “figure things out.” It’s not until the week of January 10 when Deacon blurts out the truth… that Brooke has banned him from her home. This will shock Hope as she believed her mother was on board with her reconnecting with Deacon. This likely leads to Deacon admitting the full truth of what happened on New Year’s Eve.

When Hope hears this, she will confront Brooke. It is confirmed that Brooke and Hope have an emotional discussion. Brooke might tell her daughter the truth, but she will be too scared of losing Ridge. So, Brooke might ask Hope to keep it a secret.

What Brooke and Deacon don’t know is that their kiss had a witness. Remember when Shauna Fulton (Denise Richards) spied on Brooke and Bill Spencer (Don Diamont) smooching? It seems Brooke will be spied on again! This time, it’s young Douglas that saw Brooke kissing Deacon, who was wearing a Santa hat.

Douglas might not tell the truth right away. Liam told him to stay in the cabin and didn’t want him interrupting Brooke that night. However, Douglas went out anyway. Fearing he could get in trouble, Douglas might keep the secret for now. However, the truth always comes out at the worst times and Douglas probably exposes Brooke’s betrayal just when she’s confident in her marriage again.