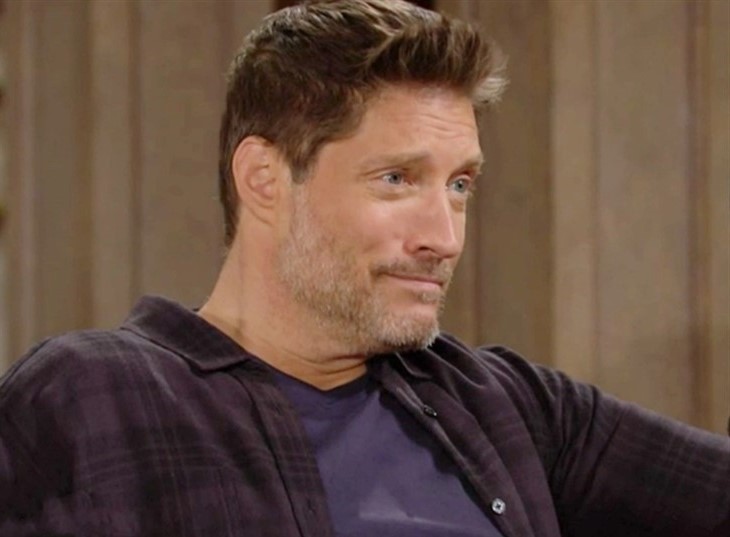 The Bold and The Beautiful spoilers and rumors tease that Deacon Sharpe (Sean Kanan) will wake up with a strange woman in his bed. Could she be a spy from Genoa City sent by his ex-wife Nikki Newman (Melody Thomas Scott) to find dirt on Diane Jenkins (Susan Walters)?

Viewers who watch BOLD and its sister soap The Young and The Restless should remember Sheila Carter (Kimberlin Brown) isn’t the only one who once lived in Genoa City, Wisconsin. Deacon was once married to Victor Newman’s (Eric Braeden) wife Nikki and framed her for a female friend, Diane’s murder, even digging up a corpse to bury in Diane’s grave. Diane wasn’t quite as evil as Sheila, but every bit as cunning and manipulative and in the past few months was revealed to have lived in LA for years.

Diane lived in LA under the name of Taylor Jenson and claims, like Sheila, that she has changed and turned her life around. Nikki and some of her friends don’t believe it for a minute and when sabotaging her at work fails, she may decide to have someone hunt down Deacon for intel.

Deacon is lonely, to be sure, but has been having some notoriously bad luck with the girls lately; he finally shed Sheila when she came to him for help. Since she’s faked her death before and Deacon helped Diane fake hers he probably isn’t buying that Sheila is “toetally” dead, mauled by a bear.

Of course, his attempt at reconciling with his baby mama Brooke Forrester (Katherine Kelly Lang) blew up in his face, and so did his attempted romance with Taylor Hayes (Krista Allen). Both of them want Ridge Forrester (Thorsten Kaye) and the only thing Deacon doesn’t have that he does is them, although he can’t fathom why. Deacon is ripe for a woman who wants to mine some data and a one night stand from him and probably will drug him to do it.

The spy Nikki sends to milk Deacon for dirt on Diane may even be someone he knew in Genoa City, who has a penchant for disguising herself; Phyllis Summers (Michelle Stafford). Or, it could be someone Nikki and Phyllis hire to go undercover and milk Deacon for Diane dirt. But YR spoilers say that they recruit a new ally in their war on Diane shortly before Deacon wakes up with the strange woman.

It’s also possible the new ally may be a woman already in Los Angeles who Ashley Abbott (Eileen Davidson) knew from her time working with Forrester Creations. LA is an enormous city, so whether Deacon even knew Diane was there all that time is a gamble; plus he was in prison part of that time.