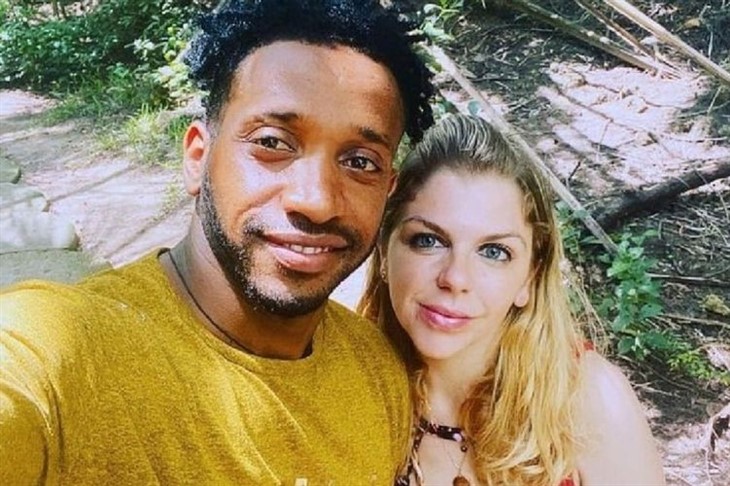 Season 9 of the original TLC reality show, 90 Day Fiancé, is coming soon. In fact, a preview has been released showing all the new cast members. However, one couple looks very familiar – it is none other than Ariela Weinberg and Biniyam Shibre. Their romantic journey will continue in the new season, along with all the newbies. Read on to catch up with Ariela and Biniyam’s story.

For those who haven’t kept up with the 90 Day Fiancé franchise, Ariela Weinberg from New Jersey traveled to Ethiopia to be with Biniyam Shibre again. The couple originally met when Ariela was in the African nation on vacation and bumped into her handsome beau in the street. However, when she returned home to the US, she discovered she was pregnant. On 90 Day Fiancé: The Other Way, Ariela headed back to Ethiopia to be with Biniyam for the birth of their child.

What with varying cultures and more, their journey was not an easy one, but their son, Avi was born in Ethiopia. Some months later, Avi required urgent hernia surgery, so Ariela took him home to the US for the operation. Her absence from their home caused a number of problems, including Biniyam partying in their Ethiopian home. However, they did reconcile by the end of the season.

Despite their many problems, Ariela and Biniyam are back on season 9 of 90 Day Fiancé to continue their journey. Now, the couple is living in New Jersey with their son, Avi, and is planning to wed.

Fans of Ariela and Biniyam already knew the couple was living in the US, after several posts they made on Instagram. They dropped huge clues in their videos, while not saying anything directly, due to their nondisclosure agreement with TLC. The pair were clearly making sponsored posts about various food products from a certain company, unlikely to be based in Ethiopia.

In the preview for season 9 included below, we see Ariela and Biniyam arriving at JFK airport. Meanwhile, Biniyam notes that he is finally in New York. He says excitedly, “A new world for me,” while carrying little Avi through the airport. It is unclear what we can expect from season 9, but in the real world, we do, at least, know the couple is still together.

Watch the teaser for season 9 of 90 Day Fiancé below:

Readers, are you happy to see Ariela and Biniyam back on the screen for the new season? Let us know by dropping a comment below.