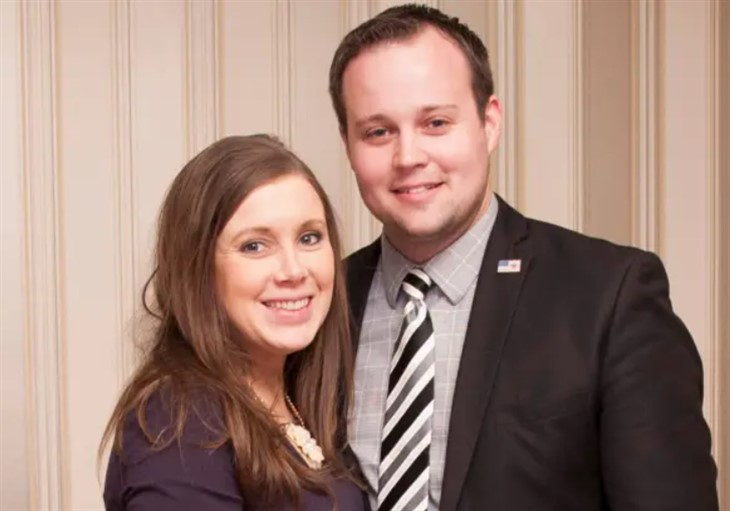 Duggar Family News reveals that there are some of Anna Duggar’s peers that feel that she is the one to blame for her husband’s actions when it comes to his sexual deviance. Josh was found guilty of possession of child pornography and is now serving 12 and a half years in prison. The prison is in Texas and his family all live in Arkansas. It has been pretty tough on Anna being so far from him, but that seems to be the least of her worries right now. There are sources close to her that have mentioned that she is the one to blame for his behavior and crimes.

Anna belongs to quite a large church and in this church, there are simple rules that the wives must follow. The church has been called a cult before and for good reason. Now it looks like her church could be turning on her. One source close to Anna spoke out about the religion. She said, “One aspect of the cult culture centers on the responsibility of females to meet the husband’s every single sexual need to prevent him from having affairs, sexually abusing children, and watching pornography. If the husband does any or all of these things, they blame the wife in a large part. Like, ‘Oh, if you met his needs, he wouldn’t have done this.’“

No matter what Josh has done, Anna has stood by him no matter what. Many of her fans feel that she takes all the responsibility because she has been raised in this type of religious environment. Does she blame herself for everything that Josh has done to her in the past?

Has Anna Duggar Been Brainwashed?

Josh has been very open about his transgressions against Anna. He openly admitted to getting onto a website for spouses that are looking to cheat. The site, called Ashley Madison was developed as a way for married men and women to have discreet affairs. Anna seemed to just brush this to the side after he openly came out about it. Then, multiple women, including his sisters, came out and admitted that he had sexually molested them. This was the first time that TLC canceled the Duggars, and once again, Anna took him back.

Anna and Josh have seven children together and it looks as if she is never going to leave him. Will the church really look at her as if this is all her fault? We hope that she will realize that she has nothing to do with this and move on with her life.