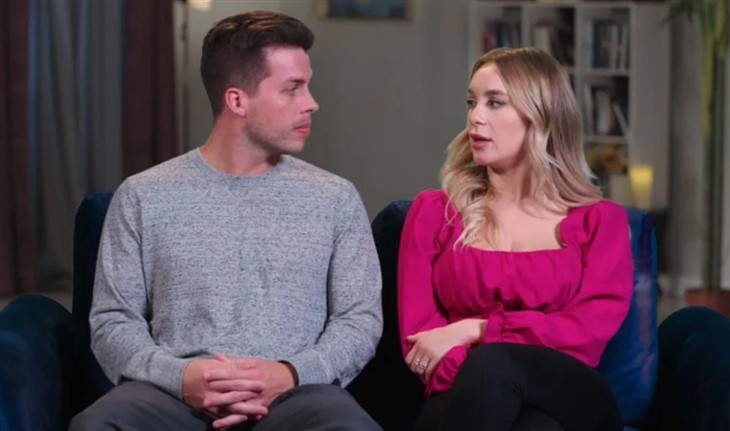 90 Day Fiancé” celebrity Yara Zaya has talked about the one thing that made her drawn to her husband Jovi Dufren that passed the borders of their cultural and language differences.

The Ukrainian beauty Yara met the New Orleans native Jovi Dufren through a travel app when he got bored on one of his work trips as an ROV supervisor. The couple instantly started a spark that they agreed on traveling the world together and on the sixth month of their relationship, Yara announced her pregnancy. However, months later Yara experienced miscarriage.

The make-up artist gained a lot of bashers when she moved to America during her appearance in “90 Day Fiancé” season 8 for she complained about almost everything in the US. Jovi wasn’t also a fan-favorite and was dragged many times for his strip clubbing and drinking habits.

Fans thought the couple wouldn’t last for Yara threatened Jovi she’ll go back to her hometown when he didn’t bother about her pregnancy. She wanted assurance for she left everything behind in Kyiv just for him. Yet their relationship resulted in having their daughter named Mylah, and as parents, they have captured the viewers’ hearts.

Yara chose to be with her beau and she has revealed the real reason she’s in love with him on one of her QandA activities with fans. A fan asked her what keeps her drawn to Jovi, despite him being “annoying” and Yara, who’s known for clapping back to her critics, answered the nicest way.

Yara revealed Jovi reminds her of an important person in her life, her mother, Olga, and mentioned that he acts just like her mom. “Jovi is totally 100% my mom. I think I found something of my own in him,” she said and joked about the difference that her mom doesn’t like alcohol and str*ppers, unlike Jovi.

While Yara and Jovi’s journey was aired on-screen, she declared that her mother will never appear on the reality series for she’s protecting her against harsh comments from trolls who might trigger her heart problem.

Growing up with a broken family, Yara is closest to her mom, and this is the reason she married a foreigner believing that they are better and smarter than Ukrainian men. During her appearance in another reality show named “Fashion To The People” in 2014, it was revealed that it traumatized her she might find her father’s traits in other men. Fortunately, Jovi has changed and has made her now a priority.

Although the Dufrens are a lot more stable now with Yara having established two of her businesses, the businesswoman addressed the issues about her being pregnant with their second child.

Yara clarified she isn’t ready to get pregnant yet as she has different priorities such as taking care of her businesses, both her clothing store and her make-up line, and deciding where to buy their own house for the family to settle in.