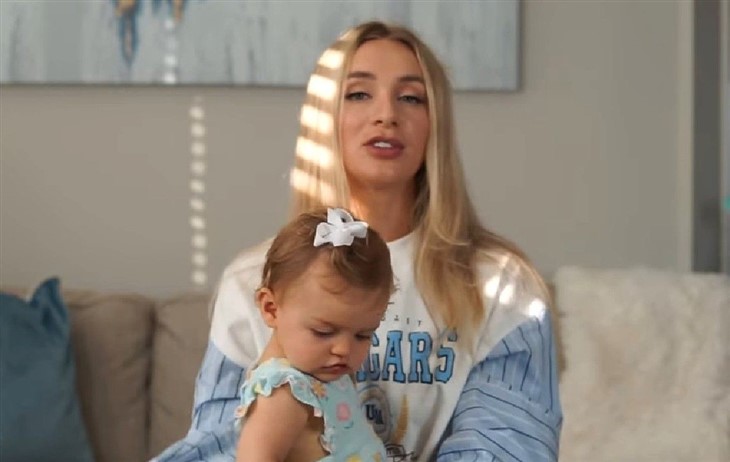 “90 Day Fiancé” spoilers, news, and updates tease that Yara Zara pleased her fans as she became a responsible individual since the moment she gave birth to her daughter, Mylah.

Yara Zaya was never a fan-favorite when she stepped into the TLC show alongside her boyfriend, now husband, Jovi Dufren. The two were previously slammed because of their immature personalities. Yara seemed to be a cold and materialistic woman and Jovi was a partier.

However, amidst everything they have been through, the couple happily tied a knot in February 2020 and welcomed their daughter later that year.

Her followers were pleased after seeing the video and filled the comment section with compliments, telling the Ukraine native how great she is as a mother. One fan commented, “I’m glad to see you guys are doing great and the little princess is adorable.”

A TikTok user wrote, “Man, I was wrong about you. My biggest apologies. You’re a great mom, wife and person.” Another one chimed in, “My knees cracked just watching this. The journey is beautiful. Enjoy the party.”

In other news, Yara Zaya found it hard to sleep at night knowing that her family and friends are in the middle of massive chaos in Ukraine.

During her recent interview with Fox News Digital, Yara stated how hard the situation was for her. “It’s honestly really hard for me because, yes, I do live in the United States now, but Ukraine, it is my home,” she said.

“I love my country, and it’s just so hard for me to even think that in 2022, in this world right now, the war still exists,” the mother-of-one continued.

Yara also mentioned her recent conversation with her friend in Ukraine, who is not prepared for the situation and doesn’t have enough food and water to take in the following days. The Ukrainian beauty was also able to talk to her sister and mentioned that there was no longer enough food in the supermarkets anymore.

In her latest Instagram post, Yara shared a video of her emotionally thanking those people who donated and showed support to her country. She also encouraged everyone to pray for Ukraine and for the war to be over.