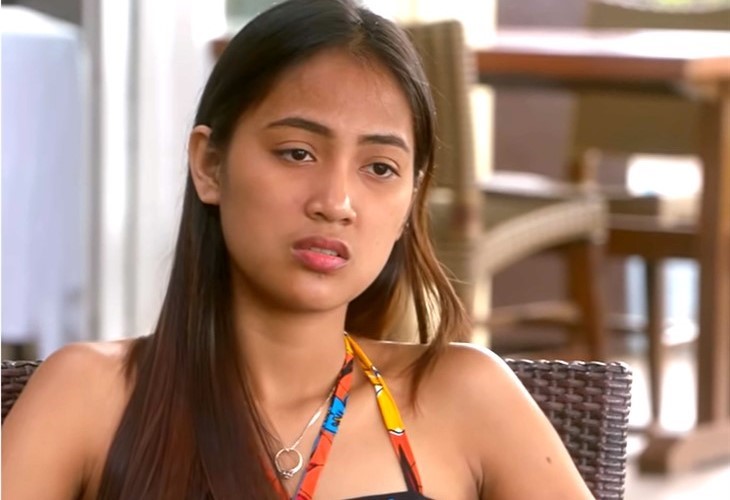 90 Day Fiancé spoilers, news, and updates tease that Rosemarie Vega finally found the love of her life years after she called it quits with Edward Allen “Big Ed” Brown.

Rosemarie Vega stepped foot on the TLC show when she dated Big Ed on Season 4 of the “90 Day Fiancé” spin-off. After multiple misunderstandings she had with the San Diego native, Rose decided to put their relationship to an end. At first, fans thought that the single mom was just using Big Ed for fame and money but she proved them wrong when she independently worked towards success.

She became one of the most loved “90 Day” cast members when she bravely stood up for herself against the insults she got from her ex-boyfriend. After sharing her love story with the world, Rose used her fame to find different jobs to sustain her family’s daily living, especially for her only son, Prince.

Since she debuted on the TLC show, Rose gained a lot of followers on social media, which encouraged her to start a YouTube channel of her own. As she got growing subscribers on her channel, the mother-of-one ventured into modeling, which led her to work as an ambassador for different brands.

As a result of her hard work, Rose continued to inspire her followers when she previously shared on her YouTube channel the goals she achieved like she was able to renovate their house and bought a 5-hectare land. The Philippine native was also able to open up a mini grocery, which was named after her son.

Years after she called it quits with Big Ed, the 26-year-old star finally found the love of her life and she happily shared a sweet moment she had with her new beau as they bonded together in the mall with Rose’s family. “He is my boyfriend, Greg, and we’re with my dad and we’re eating Filipino food,” she mentioned in her vlog.

The whole family also expressed their gratitude towards the Melbourne native and said that they were all so happy seeing him in person. The 8-minute vlog gained a lot of comments from fans, who were delighted by Rose’s new boyfriend. A fan commented, “Greg seems like a nice guy. He’s a keeper, Rose. I hope you end up with him and be happy together forever. God bless you!”

Some fans also compared Greg to Rose’s ex-boyfriend, Big Ed, saying, “He looks so humble and simple considering he’s a businessman, unlike Ed who is full of himself. I hope this ends at the altar. Rose deserves happiness.” Another one chimed in, “I’m so glad to see your new boyfriend, Rose! He seems to be a good man, nothing like Ed, and that’s good!”

Y&R Spoilers: Diane Is A Threat To Jack – Phyllis Ready To Fight