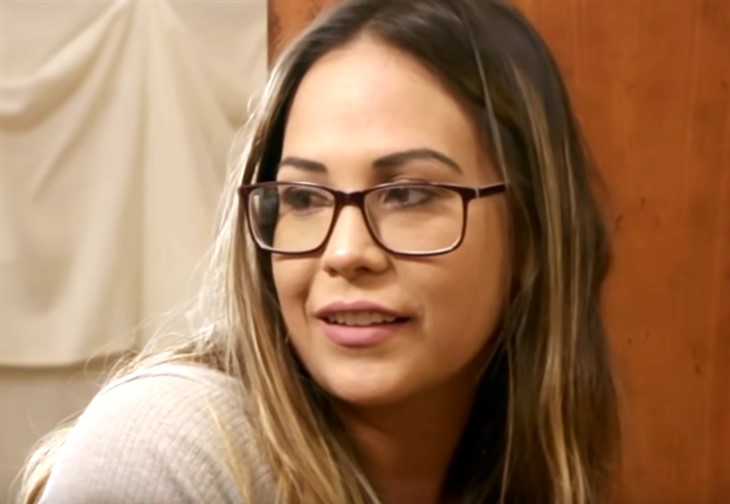 90 Day Fiancé star Big Ed Brown’s fiancé Liz Woods has lost 19 pounds and is happy to show it on Instagram.

90 Day Fiancé star Liz Woods has been on a major weight loss journey since she and Big Ed Brown became engaged. Fast forward to now and Liz has revealed her beach body on Instagram to prove her 19-pound weight loss.

Many 90 Day Fiancé stars have been on a weight-loss journey (when not having plastic surgery) and the latest successful candidate is Big Ed Brown’s future wife, Liz Woods. Fans will recall Liz from 90 Day: The Single Life, where Big Ed Brown first started dating the restaurant manager. This came after Ed’s well-publicized split from his former much-younger girlfriend, Filipina Rosemarie Vega.

Readers may recall the explosive leaked phone call between Liz and Big Ed, which she shared on Instagram. Meanwhile, after several fights and breakups over two seasons of the show, the couple is engaged, shocking fans to the core.

Rumors are that Liz and Ed are getting married in August this year, which could be among the reasons for her recent weight loss. She first started talking about her weight-loss journey in April on Instagram. However, by June, Liz announced that she had lost 19 pounds, which is no mean feat.

Meanwhile, in her latest Instagram post, Woods was seen wearing a pink bikini on the beach. She looks absolutely radiant in the image, going makeup-free. Her simple caption for the image was “summer.”

Fans were quick to comment, saying how beautiful she looks and wishing her a great summer. Others used the flame emoji to tell Woods how hot she looks. However, others couldn’t resist questioning Liz about Big Ed. One wrote, “Please please please make this clear. What does ed bring to your relationship table that you can look past these dozen of red flags. Really what do u see in him? Inquiring minds want to [know] thnow [sic].”

Meanwhile, another follower responded to the comment, tagging Liz and writing, “exposure=more financial opportunities = ability to become more financially stable and secure a better future for her daughter ….once she feels she is, she’ll drop him in a heartbeat. @e_92_marie”

In a previous post on June 3, Woods had shared an image of herself, posing in a swimsuit and showing off her narrow waist and tanned legs. At that stage, she revealed she had lost two pounds and that she had given up on meat.

Apparently, it is Liz’s daughter that encouraged her to go vegetarian, but apparently, she also works out to maintain her weight loss. According to Woods, she still eats three meals a day, with protein snacks in between, along with three workouts per week. Her new eating and exercising regime certainly seems to be working out.