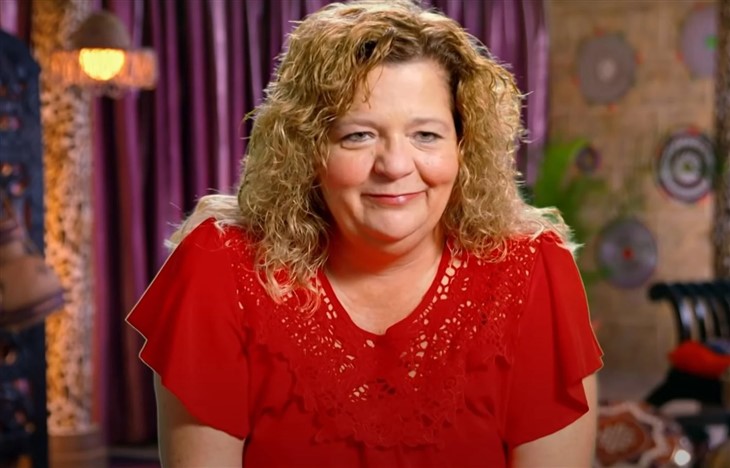 90 Day Fiance spoilers reveal that Lisa Hamme, who was married to Usman Umar, has made some allegations about his new relationship with Kim Menzies. According to Lisa, this relationship is all fake, but on her Instagram account, she shared a screenshot that hinted at something more.

Kim has gone to Nigeria in order to meet Usman’s mother in hopes of getting a blessing of marriage. We know that when Lisa went to meet his mother, she did not like the fact that Lisa was older than him and couldn’t have his children. Will she feel the same way about Kim as well?

Lisa and Usman did end up getting married and most fans of the show felt that they were going to work out. Lisa thought that Usman was cheating on her and she ended up leaving him. Then there were rumors that she had called him the N-word and allegedly was fired from TLC. She disappeared for a bit from social media, but she has come back and now it looks as if she may have some information about these two.

In a recent post on her new Instagram account, Lisa shared a picture of Kim and told her fans to zoom in on her left hand. It looks as if she is wearing an engagement ring and perhaps she was given his mother’s blessing to take the next step. This is surprising considering the tension that the couple has between them right now. Usman wants to take another wife so that he can have children, but Kim has started to change her mind about this. She doesn’t want the other wife to live with them and they have been battling it out on this subject.

It looks like Lisa has spoiled the relationship between Kim and Usman, but we will just have to wait and see what happens next on 90 Day Fiance: Happily Ever After.