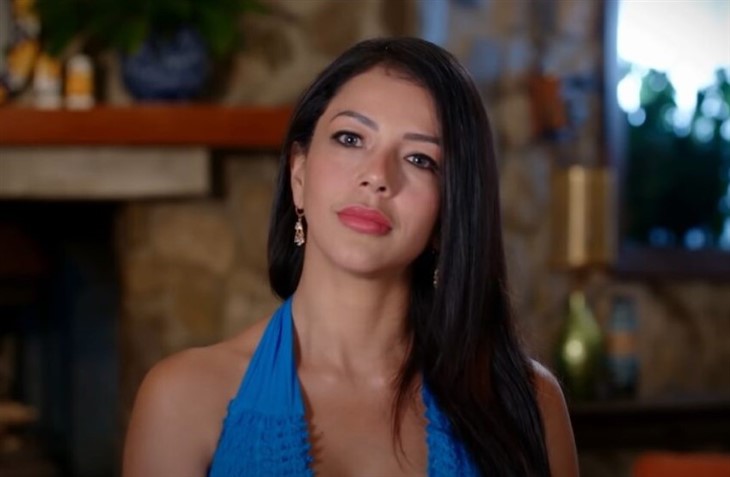 90 Day Fiancé spoilers, news, and updates tease that Jasmine Pineda defended herself after showing off her new job to her followers on her social media account.

Jasmine Pineda was never the viewers’ cup of tea since the day she joined Season 5 of 90 Day Fiancé: Before the 90 Days. She constantly showed her jealous and controlling personality, which led fans to slam her online. However, people recently took her side when her boyfriend, Gino Palazzolo, sent a nude photo of her to his ex-wife.

The Panama resident was once an American Literature teacher, but she lost her job when Gino’s ex-wife sent her uncovered photo to her place of employment. Her expenses were supported by Gino’s savings, including her teeth, hair, and lips. However, the single mom has to look after the welfare of her kids, so she started to look for another job.

Jasmine recently posted in one of her Instagram stories defending herself against people who reacted negatively to her new job as an adult content creator. She wrote, “Yes, I’m a woman with 5 university titles and about to get a Ph.D., but life surprises you sometimes, and you have to reinvent yourself, especially when you have people who depend on you,” she said.

“Shooting for OnlyFans for some people is a very degrading job, but I’m putting food on my table. Thanks to it. It also keeps me motivated to work out because I have to maintain a figure,” Jasmine continued. Aside from OnlyFans, where she charges $14.99 per month, Jasmine constantly updates Cameos as well, where she takes a fee of almost $50 per request.

In other news, fans were thrilled as Jasmine recently posted a 30-year-old picture of her boyfriend, Gino, on Instagram. She wrote, “If Gino and I met at the same age, what do you think?”

Fans flooded the comment section with compliments, saying that they always make a beautiful couple. They were also delighted to see Gino face the camera without a hat and praised him for how hunky he looked at the photo.

Jasmine and Gino recently patched things together after their recent fight. Though some people don’t want them to end up together, the couple still has several supporters who wished them well in their relationship.

Royal Family News: Who Is The Hired Hand That Rocked The Cradle Of Prince George?