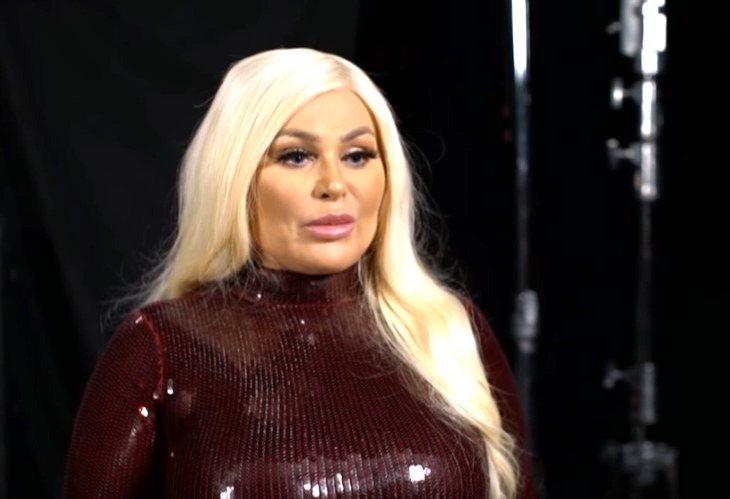 90 Day Fiancé spoilers, news, and updates tease that Darcey Silva shared the link of her OnlyFans account and her followers were unpleased.

Darcey Silva debuted on the TLC show when she romantically linked to her now ex-boyfriend, Jesse Meester. After the failed relationship with Jesse, she got to date Tom Brooks and Georgi Rusev but both have unfortunate endings. As she’s not yet lucky in love, the Connecticut resident decided to stay single.

During her stay in the “90 Day” franchise, fans witnessed not only Darcey’s love story but as well as her journey in undergoing cosmetic surgeries. Before she decided to meet Tom in England, she did cold laser therapy and got fillers on her lips and around her eyes to enhance her looks. After a year, she traveled to Miami together with her twin sister, Stacey Silva, to undergo tummy tuck and liposuction, and did Barbie makeovers later that year.

Earlier this year, Darcey Silva brought to social media her looks after undergoing new plastic surgery. As the twin sisters were hardly recognized by some of their fans, Darcey was not yet done with making changes for herself. She brought to Instagram her latest cat-eye look after undergoing a thread lift, which disappointed a lot of her fans. An Instagram user named Mommy Says Bad Words, reposted Darcey’s photos and fans never cease to throw criticisms toward the TLC star.

The TLC star got more than a million followers on her Instagram account. However, not all of them were there to support her, but some were always present in her every post to criticize her. In one of her recent posts on social media, Darcey shared a series of selfie videos and invited her followers to subscribe to her on the adult application.

Instead of support, “90 Day” fans expressed their disgust in the comment section. One viewer said, “I’m sad for you. There is nothing naturally sexy about you. All the fillers, surgeries, and filters don’t give you sex appeal… so sad.” An Instagram user wrote, “You definitely need to seek help for your mental health.” Another one chimed in, “You have an OnlyFans? Maybe PlasticAlienFans.”

B&B Spoilers: Sheila Faked Death? When And How Villain Could Return