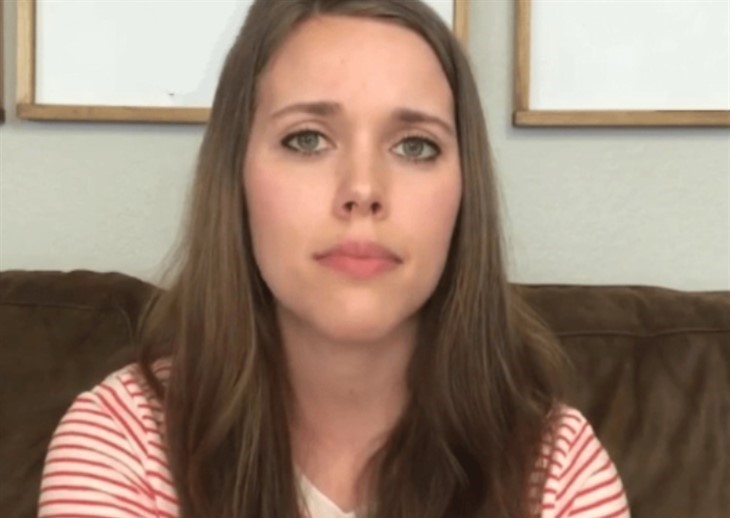 The Duggars spoilers reveal that Jessa Duggar has been getting a lot of hate lately from her followers on social media. Jessa’s parenting skills have been brought into question quite a few times and now it looks like, once more, her followers aren’t sure what’s going on with her in her home.

The Duggars  – The New Video

Recently, on her Instagram, Jessa shared a video of her one-year-old daughter and in the video, she is making a huge mess in the bathroom. Jessa captioned the video, “The one time you catch the tp culprit in the act.” In the video, her daughter is unrolling all of the toilet paper from the tube and running all over the bathroom with it. There is just a trail of toilet paper everywhere and of course, Jessa’s fans had a lot to say about the incident.

Jessa went on to write, “You won’t be picking up after them forever, one day they’ll outgrow all of this and you may find yourself missing the mess.” Although it looks as if Jessa feels that this was a very cute moment for her daughter, Fern, many of her fans were outraged by the fact that she was just filming it and letting her daughter do this to her bathroom.

Reddit users were quick to share their thoughts on Jessa’s reaction to Fern throwing toilet paper around again. One user wrote, “Jessa is going to miss having toilet paper strewn around her home… I guess it’s an improvement from piles of dirty nappies/diapers.” Another wrote that the Duggars always try to capture stuff like this happening and they love to see their kids messing up their home. This seems completetly normal for them.

One more fan wrote, “I wonder if some of the Duggar kids are very hands off parents, due to their strict upbringing. It might even go too far in the opposite direction for some of them.” This video was adorable and many of Jessa’s fans get where she is coming from with it.