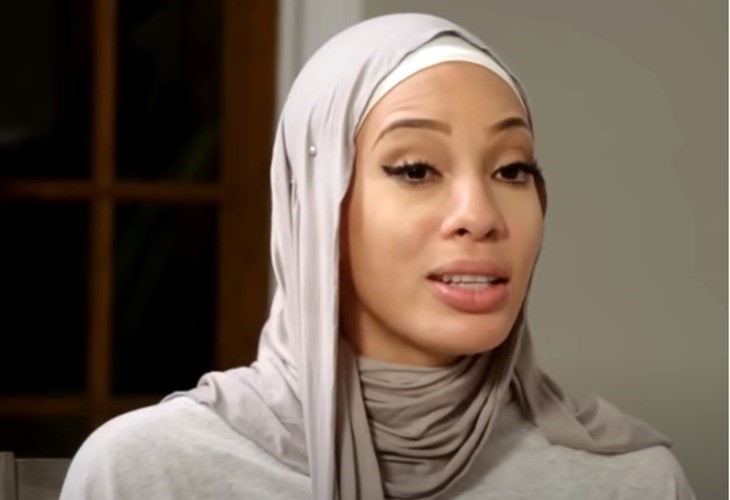 90 Day Fiance’ Spoilers suggest that Shaeeda Sween is quickly becoming fed up with Bilal Hazziez’s treatment since she arrived in the United States. Not only has Bilal lied to her about his home and his possessions but he treats her like an unruly child instead of his future wife. Bilal acts like he needs to go back to the days of carrying a club and living in caves since his actions are more like those of a caveman.

90 Day Fiance’s Bilal has done nothing but lecture and berate Shaeeda since she arrived in the United States. Bilal has a certain way that he expects things to be done and is unwilling to compromise on that. Bilal even pulled off the side of the road and threatened to call an Uber when Shaeeda playfully tapped him on the head while driving. The last time Bilal took Shaeeda to prayer service with him he completely ignored her acting as if she wasn’t even there. Shaeeda has not been introduced to anyone at the service to even try to bond with the women there. Therefore, when Bilal invites Shaeeda to go to the midday prayer on Friday, Shaeeda turned him down. Bilal uses the excuse that she needs to be learning her religion but Shaeeda feels out of place in a service mostly attended by men. 90 Day Fiance cast members believe that Bilal is expecting Shaeeda to start saying yes, daddy, and no daddy after every lecture. 90 Day Fiance fans just happen to agree.

90 Day Fiance’s Shaeeda finally puts her foot down and tells Bilal she is not going to the prayer meeting. Shaeeda then warns Bilal to watch out for her hairpins that she had forgotten on the sofa. Bilal then demands to know why the pins are on the sofa in the first place. Shaeeda explains that she had removed her hijab and forgotten to put them back.

Shaeeda questions if the hairpins on the couch are a problem and he replies yes because the couch is expensive. Bilal says those hairpins could “mash-up” his bank account if he has to buy another couch. Shaeeda believes Bilal acts as though the couch is made of air and will deflate. Shaeeda points out how ridiculous Bilal is being.

90 Day Fiance’s Bilal says he wants Shaeeda to feel at home in his house. However, Shaeeda isn’t even allowed to leave anything lying around the house, including her hairpins. How can one feel at home in a house you cannot treat as your own? Does Bilal want a wife or someone to boss around? Can these two come to terms with a compromise before the 90 Days are up?

Be sure to catch up on everything happening with 90 Day Fiance right now. Come back here often for 90-Day Fiance spoilers, news, and updates. 90 Day Fiance’ airs Sundays on TLC.