90 Day Fiancé: Could Kenny Niedermeier & Armando Rubio Be Planing To Add To Their Family? 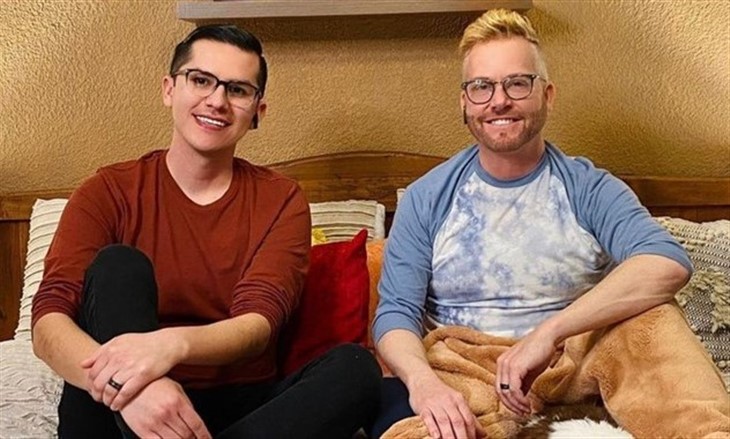 There has been a lot of talk about children for 90 Day Fiancé couple Kenny Niedermeier and Armando Rubio as of late. The couple, who first appeared in season 2 of 90 Day Fiancé: The Other Way, have both been discussing the possibilities of expanding their family.

Kenny Niedermeier and Armando Rubio married last year after falling in love. The pair had a number of obstacles in their way with 26 years difference between them. Armando Rubio also came out to his family to share his love for Kenny which was not an easy for the 32-year-old, who was unsure if his own father would attend his wedding.

There were also challenges on Kenny’s part. The 58-year-old relocated his life to Mexico to be with his husband, leaving his children behind. As 90 Day Fiancé fans know, this was difficult for Kenny Niedermeier who is very close to his family. Several times during the season, Kenny became emotional about missing his family and his grandson.

Now that the couple have married and settled in to their shared lives together, both have discussed what it would be like to become parents together during 90 Day Fiancé: Diaries. When the topic first arose for the couple, it didn’t seem like something they wanted to pursue.

But now it looks like the couple is revisiting the idea. Kenny has acknowledged that his age will be a factor as well as how the couple will conceive. Armando, on the other hand, has changed his mind since moving in and wedding Kenny. His only worry is how his family may react if the couple adopts.

Both are fathers already. Kenny has older triplet daughters and a son. Armando has a daughter following a previous marriage. It seems once the couple finds a shared vision fans may soon see the couple officially start to plan to expand their family.

Days Of Our Lives (DOOL) Spoilers: Is Allie Responsible For Abby’s Death?