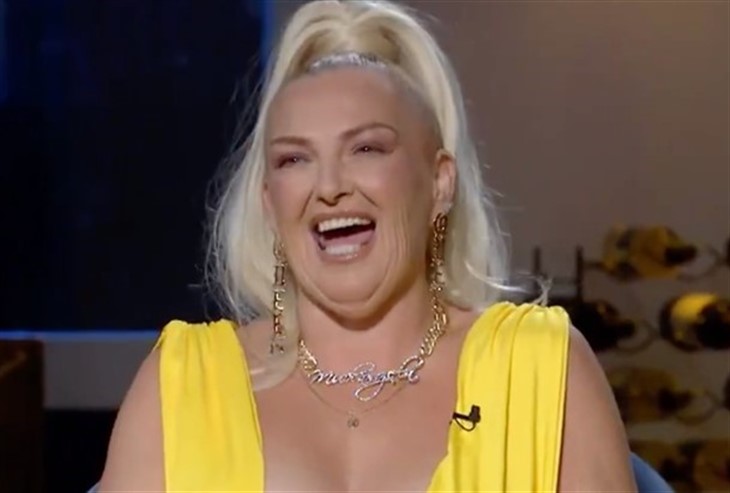 Angela Deem and Michael Ilesanmi were not a perfect couple since the day they appeared on the TLC show, but despite their rocky relationship, the two still ended up in sacred matrimony in Nigeria last January 2020.

However, the couple needed to be separated by distance as they were waiting for Michael’s spousal visa, but it seemed like the two called it quits before the Nigerian native gets into the USA with Angela. More issues floated to the surface when their co-star, Usman Umar, accused Angela of using Michael’s money for her weight loss surgery and to buy a house.

Amidst the split rumor with Michael, fans assumed that Angela has found her new love as she shared multiple videos with a man from TikTok. When curiosity arose, Angela declared that she was just helping the man to find donors for a kidney transplant.

In one of her latest Instagram posts, Angela shared a video of her with the man lip-syncing Bryan Adams’ “I Do It for You (Everything I Do)” and fans flooded the comment section with their mixed reactions.

While others claimed that Angela is in love, some fans wondered about her real status with Michael. “I had high hopes for you and Michael. Are you guys still together?” a fan commented.

One fan stated, “I’m crying. This just touched my heart. You are both beautiful angels.” Another one chimed in, “What’s up with this? You guys make a beautiful couple like a perfect match.”

She wrote on the video: “I was born to handle these situations. Queen of me, remember that.” The post gained a lot of reactions from followers, including Marcia Alves, who commented, “Love that song.” Usman Umar’s ex-wife, Lisa Hamme, also commented, “OMG. Love it, Queen.”

Despite her online war with the rapper, Angela and Michael haven’t yet confirmed their relationship status, but fans believed that the two have parted ways since they didn’t follow each other on their social media accounts.

My Big Fat Fabulous Life: Where Did Lenny Go After Season 4?