1000-Lb. Sisters: Why Fans Think Tammy’s Breathing Problems Made Her A Villain 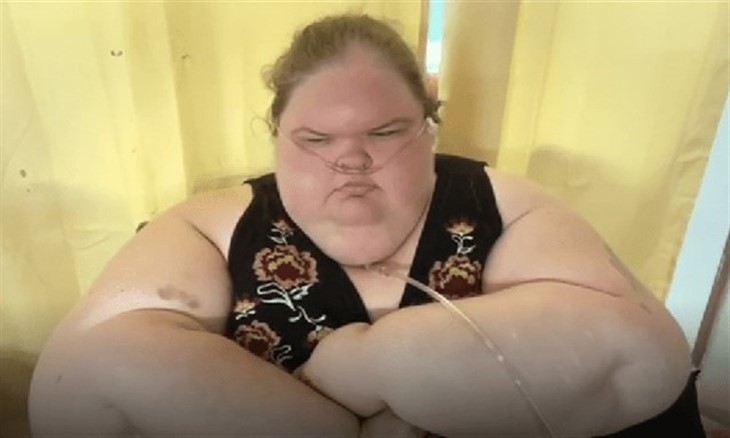 Tammy Slaton has been having trouble breathing since the second season of 1000-Lb. Sisters and fans believe that it turned her into a villain in season 3.

Tammy’s aggressive behavior became a problem in Season 3 of 1000-Lb. Sisters and she ended up becoming the show’s villain. According to Screen Rant, while fans have varied theories about her behavior, some believe that it’s her breathing problems that have made her so antagonistic to her siblings. Keep reading and we’ll fill you in on the details.

Fans have witnessed, with each new season of 1000-Lb. Sisters, Tammy’s health has declined measurably and, along with that, the reality TV star’s fights with siblings have multiplied. From a fan’s perspective, it has seemed that Tammy has fought against her siblings as they have tried to help her meet her weight loss goals.

At one point, Tammy even threatened her sister, Amanda, physically, when the two squabbled over Tammy’s rudeness. Along with Tammy’s increased bitterness toward her family, her health has declined to the point that, in Season 2, she began having difficulty with her breathing.

1000-Lb. Sisters – Tammy Slaton’s Heath Has Gotten Worse Along with Her Attitude

Fans will recall when Tammy and her sister Amy embarked together on the 1000-Lb. Sisters’ weight loss journey, knowing that both of their lives were in danger over their weight problems. And, while Amy was able to meet her goals and qualify for life-saving bariatric surgery in season 1, Tammy failed to take the program seriously.

Though Amy not only qualified for and received bariatric surgery and even gave birth to a son, Gage, in the first season, her sister Tammy’s health steadily declined as she continued to treat her weight loss lightly. In season 2 Tammy’s health declined so much that she ended up with COVID-19 and needed an oxygen tube just to breathe.

By the time season, 3 ended Tammy had graduated from a simple oxygen tube to a trach tube after having partied and vaped with friends. Some fans are thinking that Tammy’s aggressive behavior towards her siblings has something to do with her breathing problems.

Referring to the many aggressive behaviors Tammy treated her siblings to, one Redditor remarked that “in those episodes, her lips look bluish around the rims. A lack of oxygen can make someone act totally off or exacerbate a crappy attitude.”

Referring to the family’s time at their cabin in the smoky Mountains when Tammy had an outburst another commenter remarked that Tammy, “was actually struggling to breathe.” It is worth noting though, that Tammy has lost over 115 pounds since being in rehab and is doing much better than she was. Be sure to keep up with Tammy’s health as well as the rest of the 1000-Lb. Sisters cast, and return here often for more spoilers, news, and updates.