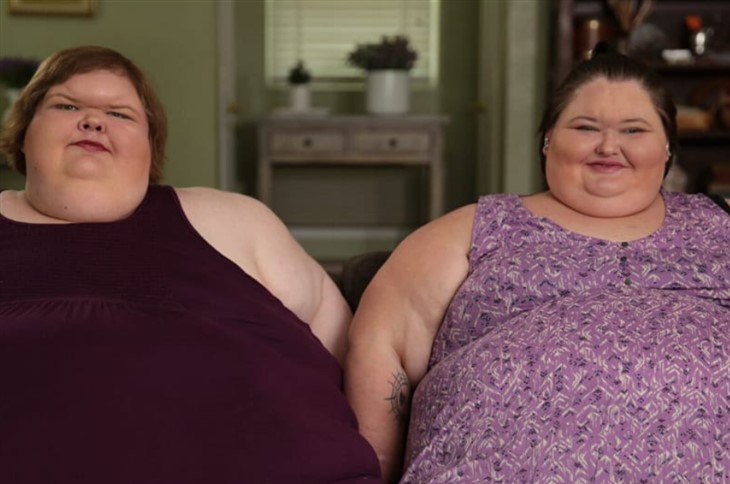 1000 Lb. Sisters Spoilers suggest that parts of Kentucky, where the Slaton sisters are from, have been flooded and fans wonder if the family is safe. Several people were killed in recent floods in Kentucky. Other families have lost their homes and/or possessions. Are the Slatons ok?

1000 Lb Sisters – Most Of The Damage Was In Eastern Kentucky

Most of the flooding in Kentucky was in the eastern part of the state. The Slatons live in Dixon, Kentucky which is in Western Kentucky, close to the Indiana border. Dixon is in Webster County which was not affected like the counties in eastern Kentucky.

Amy and the rest of the Slaton siblings are in a good spot and all should be safe. Tammy was in her rehab facility in Ohio which was further away from the flooding than Dixon was. However, Tammy had supposedly left the rehab at one time. Tammy’s exact location may not be known presently.

Currently, fans are still waiting for news about Season Four. Tammy and Chris Combs have both mentioned taping at one point but nothing has been mentioned recently. Amy has expressed more than once that she may not be willing to appear in a new season of the show.

Amy doesn’t want to spend so much time away from her boys which could lead to her being seen less or not being in the show at all. If Amy leaves the show, will someone else in the family be placed in a starring role?

1000 Lb. Sisters Spoilers – Which Sibling Should Step In?

The show is titled 1000 Lb. Sisters so unless the producers plan to change the name, it should be Amanda or Misty Wentworth who step into a starring role. Misty doesn’t seem to have the weight loss issue that the rest of the family has suffered from but she could certainly go head to head with Tammy and keep her in line.

Fans hope that Amy will continue to be a part of the show if it is renewed and continue to offer a look into her life as a mom. Unfortunately, it seems that it will be a while before fans get an answer to the fate of the show. Keep checking back for news and updates.