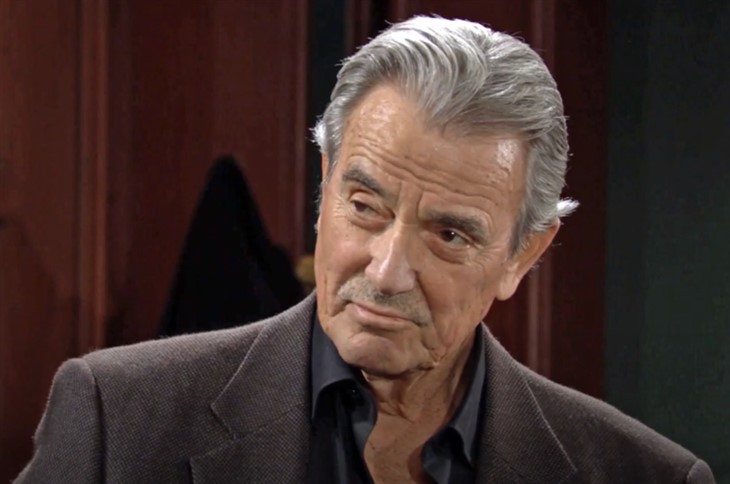 The Young and the Restless spoilers reveal that Adam Newman (Mark Grossman) has been receiving anonymous messages giving him ammunition against Billy Abbott (Jason Thompson). Sally Spectra (Courtney Hope) thinks she’s being helpful, but she will face allegations when confronted by Victor Newman (Eric Braeden). Did she just risk her job with this scheme?

The Young And The Restless Spoilers – Worried About Newman Media

Y&R spoilers reveal that Adam asked Sally to spy on Billy, but she kept asking questions and seemed hesitant. Sally claimed that she wanted to know if she should be concerned about her job at Newman Media. Sally fed this same justification to Chloe Mitchell (Elizabeth Hendrickson).

Even though Adam told Sally to forget he asked her to spy on Billy, she goes undercover and does it anyway. Sally can claim it’s to protect her job all she wants, but this is really about proving her loyalty and impressing Adam.

Sally has been spying on Billy and sending videos to Adam anonymously. When Victor discovered this, he was immediately suspicious. So, Adam asked the sender what they wanted for the information. That is when the sender told Adam that they just wanted to help. Even though Sally thinks she is just being helpful, this whole scheme could backfire in multiple ways.

The Young And The Restless Spoilers – Sally Spectra’s Good Intentions

The Young and the Restless spoilers reveal that Sally thinks she’s not being noticed as she plays undercover detective. Billy has already noticed that someone seems to be following him. When telling this to Lily Winters (Christel Khalil), she informed Billy that it was probably Sally. The disguise isn’t fooling Billy or Lily, but they are putting on a good show knowing that it will go straight to Adam.

Since Billy and Lily know that Sally is stalking them and sending reports back to Adam, they plan on using this to their advantage. Even though Sally thinks she is helping Adam and Newman Media, what happens when it backfires?

During the week of December 20, Victor interrogates Sally and demands answers. Victor might suspect that she is up to no good. Another possibility is that Billy and Lily get the upper hand because of Sally’s good intentions. Victor will not believe Sally was just trying to help. In fact, he could accuse her of playing both sides, putting Adam right in the middle.

While Sally was trying to protect her job, she just might have sabotaged it all by herself. How will Sally get out of this one and will Adam believe her side of the story? Could Adam and Victor end up butting heads over Sally’s fate?

Be sure to catch up on everything happening with Y&R right now. Come back often for THe Young and the Restless spoilers, news and updates.