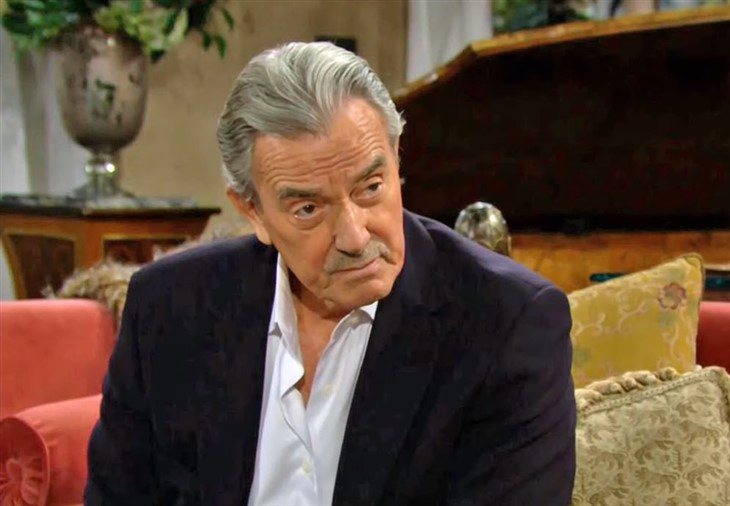 The Young and the Restless (Y&R) spoilers for Tuesday, November 16, 2021, reveal Victor Newman getting ready to gloat now that he has Billy Boy Abbott where he wants him.

Billy Abbott (Jason Thompson) fell for the garbage Jesse Gaines (Jamison James) spooned him and made sure it all got written up — but he thought he hadn’t published it yet. Of course, Billy’s email was hacked and the story went live anyway, with Victor (Eric Braeden) and Adam Newman (Mark Grossman) loving themselves for what they managed to pull off. In fact, Adam is in awe of his father and Jesse just wants everything the Newmans promised him.

On Tuesday, it’s time for The Great Victor Newman to bring Billy down and he doesn’t seem to care that Lily Winters (Christel Khalil) gets caught in the crossfire of his little revenge scheme. However, Lily had been warned that Billy manages to screw up everything in life and now he’s screwed up their hold on ChanceCom.

The publication of this story can get Billy and Lily sued into oblivion after Jill (Jess Walton) trusted them with this Chancellor legacy. Billy knew right away Adam had to be behind this, but will he realize that Jesse was in on this entire thing, as well?

The more things change in Genoa City, the more they stay the same. Rey Rosales (Jordi Vilasuso) still hates Adam Newman and is as relentless as Victor is about Billy when it comes to bringing Adam down. Rey now has the feeling Adam is once again not on the up and up so he goes gunning, so to speak.

Of course, Sharon Rosales (Sharon Case) will be ticked that her husband is once again going after Adam, a man she can’t seem to stay away from. But would Rey even care what Adam is doing if Sharon was able to get the man off her mind? Will it ever be time for Rey and Sharon to admit that they were just not meant to be. Stay tuned to the Young and the Restless weekdays to see how these stories play out.

Days Of Our Lives Spoilers: Abe And Paulina’s Wedding Day Shocker Is Here