Y&R Spoilers: Nick’s Dreams Take Him On A Christmas Journey 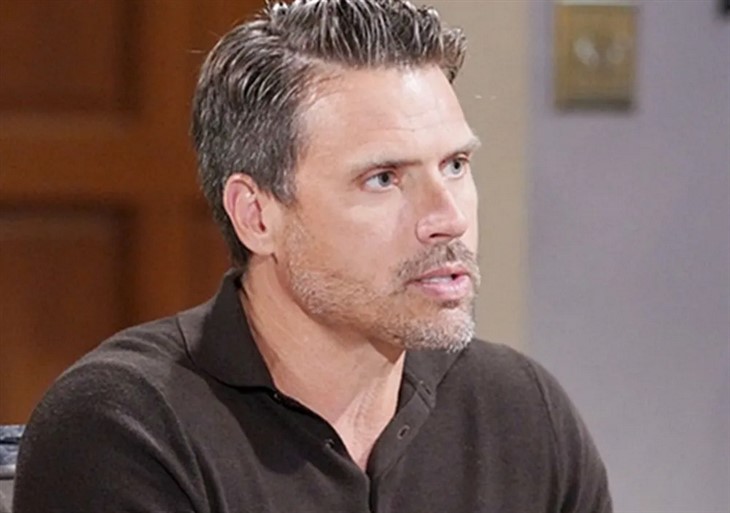 Viewers of The Young and The Restless may get a “ho ho ho” at the irony of Nick falling asleep at Crimson Lights, which is a coffee shop, but that’s what happens! In this episode of The Young and The Restless, Nick has just returned from his annual trip as Santa, delivering Christmas gifts to the less fortunate, and apparently this time his journey has worn him out just a bit! Nick nods off, Santa suit and all, at Crimson Lights, and has a dream in which his journey turns into that of reflection, and trying to figure out what’s next in his life.

Viewers of The Young and The Restless will recall that Nick has had some rough relational difficulties in the past few months with two falling outs – one with family, and one romantically. Viewers will remember that Nick’s perceived overprotection of his sister Victoria Newman-Locke (Amelia Heinle) caused a rift between the siblings, causing him to get disinvited from her wedding to Ashland Locke (Richard Burgi). Viewers of The Young and The Restless will recall that Nick had been the one who dug up all the dirt on Locke, including that he had stolen a teenage friend’s identity and job, having been known up to that time as Bobby DeMarco. This rift between him and Victoria, even though he meant well, has hurt him really badly. She was always his go-to for wise counsel when he needed it and now he’s pretty much persona non grata as far as she’s concerned!

The Young And The Restless Spoilers – Sudden Breakup With Phyllis, Misunderstandings With Nikki

Another thing that has hit Nick in the heart recently with a stab that penetrated deeply will be the rather sudden breakup with him by Phyllis Summers (Michelle Stafford)! Longtime viewers of The Young and The Restless may have bet against each other how long “Phick” would last this time, since they have had a long and painful history of on again-off again. They have broken up and reconciled several times during the history of The Young and The Restless!

Nick also has had some misunderstandings with his mother, Nikki Newman (Melody Thomas Scott). Portrayer Joshua Morrow talks about the split with Phyllis so close to the falling out with Victoria, and those didn’t happen at a very good time in his life-in fact, he’s a real mess! Nick starts real life conversations with both Nikki and Phyllis, trying to figure out what went wrong, what’s next, what can be fixed and how to fix it. There will also be some great scenes of Nick with his son, Noah Newman (Rory Gibson) and daughter Faith Newman (Reylynn Caster) who of course are his children with Sharon Rosales, (Sharon Case) his first wife.

Y&R Spoilers – They Call Him The Wanderer

The Young and The Restless’ Nick Newman is being written as a wanderer, according to his portrayer and that is a new thing for Nick. Longtime viewers of The Young and The Restless will remember Nick’s always been a little on the cocky side, and not afraid to take chances, but he’s come to a time in his life that he realizes he’s made a lot of mistakes! Nick is thinking maybe he’d better figure it out finally, or he’ll sink further into the depths. In real life, that could be described as a mid-life crisis, but he hopes that this little journey of his life with the help of his children will provide him with some answers!