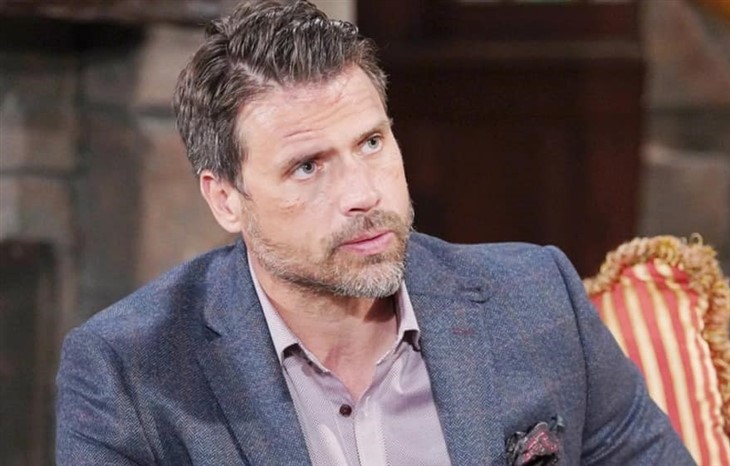 The Young and the Restless spoilers reveal that Sally Spectra (Courtney Hope) spied on Phyllis Summers (Michelle Stafford). Wanting payback, Sally tells Nick Newman (Joshua Morrow) that Phyllis could be disloyal. Nick trusts Phyllis but it’s not the end of the story. The couple will face surprising challenges and Jack Abbott’s (Peter Bergman) past is a big part of the storyline.

The Young And The Restless Spoilers – Sally Spectra’s Resentment

Y&R spoilers reveal that Sally ruined her second chance with Jack. Even though things were going well between the two, Jack would end up dumping Sally once again when he learned of her latest scheme. As fans recall, Sally and Tara Locke (Elizabeth Leiner) forced Summer Newman (Hunter King) out of town. The two schemers were also responsible for Kyle Abbott’s (Michael Mealor) heartbreak.

Sally has never taken responsibility for destroying her own relationship with Jack. If she hadn’t schemed, then she probably would still be with Jack. In Sally’s mind, it is always someone else’s fault. Sally blames Phyllis and it is teased that she will want to repay the favor.

Sally has been spying on Phyllis, who is spending a lot of time with Jack. “Phack” share history together. However, as of right now, they are just very good friends. Sally knows there is nothing inappropriate going on, but that doesn’t stop her from trying to cause drama for “Phick.”

Sally runs in Nick and suggests that his relationship is already in trouble. Sally implies that Jack and Phyllis could be having an affair. Nick doesn’t believe anything that comes out of Sally’s mouth. Even so, Nick still questions Phyllis about her feelings for Jack.

The Young And The Restless Spoilers – Not Jealous, Just Curious

The Young and the Restless spoilers reveal that Sally’s plan doesn’t work. Even though Nick does question Phyllis, it’s not out of doubt, jealousy or even concern. Nick is actually curious what Phyllis’ life would look like if they weren’t together. Head writer and co-executive producer Josh Griffith explained Nick’s state of mind during an interview with Soap Opera Digest.

“Nick is not insecure, but genuinely curious about what Phyllis’ life would look like without him… Nick and Phyllis have an honest conversation and put the topic of her and Jack to rest.”

Even though Phyllis and Nick think the situation has already been resolved, it will come up a few more times. Griffith explained that there is a lot of rich history between Jack and Phyllis. The former couple’s past cannot be ignored. It will force Phyllis and Nick to deal with some surprising and unexpected challenges.

“… Phyllis has a rich history with Jack that is hard to ignore and may end up presenting some surprising challenges in the weeks ahead.”