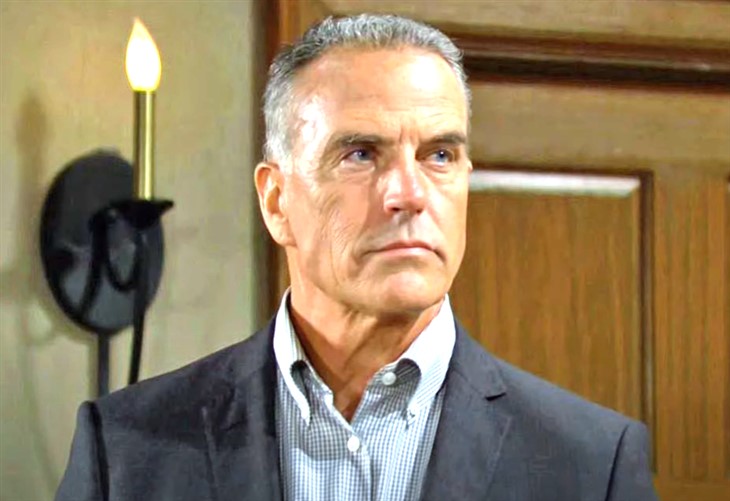 The Young and the Restless (Y&R) spoilers tease that Ashland Locke (Richard Burgi) is indeed hiding a past indiscretion just like half of Genoa City suspects. The Locke Ness Monster has been paying off a guy to keep his secret and now the blackmailer wants a lump sum payout seeing as how his benefactor is about to kick the bucket. Ruh roh.

Co-executive producer/head writer Josh Griffith talked to Soap Opera Digest about Locke’s situation and it looks like the cad is between a rock and a hard place.

Fans will learn that a man named Gerard Gaines has been squeezing the silver haired fox for years. He is texting Locke to the point that Locke must meet him at Society to keep him quiet. “Ashland isn’t happy that Gaines doesn’t want to stick to their agreement,” previews Griffith.

According to Griffith, Ashland pushes back against the blackmailer. He can afford to bankroll the unsavory character but he doesn’t like the fact that the baddie is breaking their original agreement. Doesn’t Ashland know that there’s no honor among thieves?

Apparently Ashland finds it distasteful that a dying man should be treated this way and gets indignant. But is Ashland really dying? He says he is, but has anyone actually seen the death warrant?

He’s set to marry Pretty Young Thing Victoria Newman (Amelia Heinle) who happens to be a millionaire and head of Newman Enterprises. Her loved ones are suspicious of the gent and on a mission to uncover the truth about him before it’s too late.

Will they succeed? According to Griffith, the blackmailer demands a huge payout by close of business. But it’s not going to be that simple! “Ashland will be caught off guard when someone else learns,” of the blackmail scheme and this person will take matters into their own hands. The key to this riddle is, who is the person who is know on to Ashland and what do they do about it?

It looks like the walls are closing in on Ashland. Will he be able to marry Victoria in time to get his grubby hands on her assets? Or is his bucket about to get kicked?