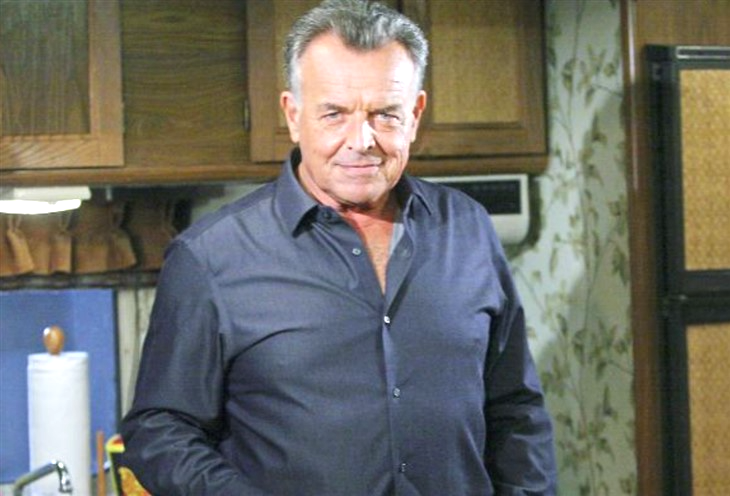 Y&R fans have been spoon fed the notion that Ben Rayburn (Sean Carrigan) is the one who stole the plucky gal and spirited her away to a little dank room. Now there is speculation that that lead is a red herring and someone much more sinister has taken Mariah. Could it be the evil cult leader who once kidnapped her with the intention of marrying her?

The Young And The Restless Spoilers – Who Has Kidnapped Mariah Copeland?

Mariah is trying to stay calm but it’s not easy. Meanwhile her SO Tessa Porter (Cait Fairbanks) and other loved ones are starting to get concerned. Sharon Newman (Sharon Case) is Mariah’s mom and has finally realized her kid could be in danger.

Tessa has her own enemies from a messy human trafficking ordeal and Mariah was a target of weird Ian Ward. Ian bought Mariah as a newborn and has always had a strange fascination with her. Is he the one behind this latest backslide in Mariah’s young life?

Ian Ward previously blackmailed Sharon for Mariah’s return, is he about to do so again? And even worse, is Ian somehow in cahoots with Stitch?

Y&R Rumors And Spoilers – Where Is Mariah Copeland?

Fans saw the doctor staring at Mariah Copeland from outside the mansion before she disappeared. Adding to his dark side, he appears to have lied about the hospital hiring him as surgery chief. Something does not pass the sniff test and we hope Mariah and the baby are all right when this complex plot finally resolves.

The Young And The Restless Spoilers – Tell Us What You Think Happens Next Y&R Fans!

On the bright side her captor is keeping her supplied with prenatal vitamins! In the meantime look for delicate Abby Newman (Melissa Ordway) to start conjecturing on her own about what is going on with Mariah. Will she play right into Ben’s hands and allow him to pretend to “save” Mariah when he is the one who took her all along? If this is the case what role does Ian play, if any? Ian is a master villain and Genoa City could use one right now with Adam Newman turning over a new leaf and Ashland Locke (Richard Burgi) a goner.