The Young And The Restless Spoilers: Who Tried To Kill Adam Newman? – November Sweeps Shockers 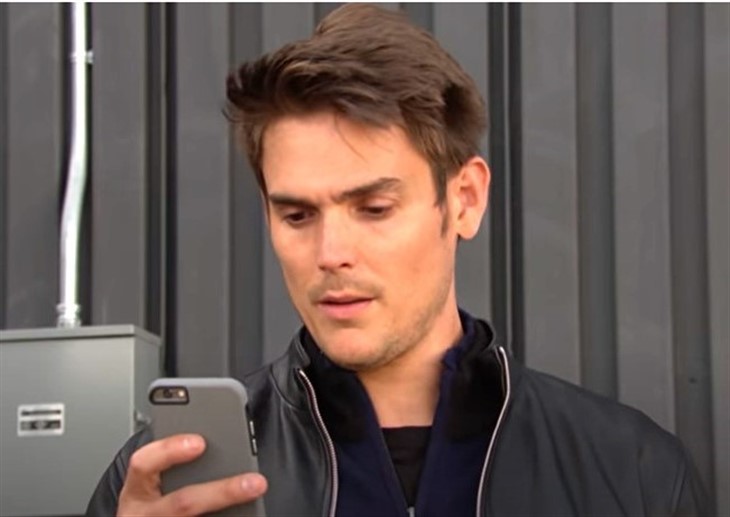 The Young And The Restless  spoilers show Adam Newman (Mark Grossman)’s shooter was not initially shown to the audience. This makes for what should be a compelling November Sweeps storyline.

Adam just kidnapped Chelsea Lawson (Melissa Claire Egan), who realized that he must be behind her abduction. Victoria Newman (Amelia Heinle) is operating on a results oriented outlook. So rationalizing Adam’s neutralization would match her mimic of the Moustache’s persona.

Chloe Mitchell (Elizabeth Hendrickson) can’t be ruled out as a suspect because she’s tried to kill Adam on more than one occasion in the past. However, Alyssa Montalvo (Maria DiDomenico) holds a grudge against Adam, due to him having accidentally killed her father. And, as viewers have been told, there is an unseen widow in the world who probably knows by now that Adam killed her husband in Las Vegas, Nevada.

The Young and The Restless Spoilers: Theo Contests Dina’s Will, Sally Refuses To Play Games With Him

Television fans understand that broadcast networks determine advertising revenue based on the number of measured viewers during certain periods of the year. While the rating system isn’t the king it once was, broadcast networks still spice up their offerings during November in order to boost ratings.

Interest will be piqued whenever someone’s life is endangered. In this instance, the cat in question, Adam, has cheated death through three different actors. Michael Muhney’s (Adam) edition was believed to have died in early 2014, as viewers saw a veiled shot of the character crawling away from the sports utility vehicle that crashed and later exploded.

Justin Hartley’s (Adam) version of returned later that year. Adam eventually thought to have died in a cabin explosion in September 2016.

A number of years passed until Grossman became the latest recast. His arrival in 2019 was soon followed by Chloe shooting him at the Tack House. He survived that assault, which surely makes her a leading suspect now.

Y&R fans learned the full backstory regarding Adam and Chance Chancellor’s (Donny Boaz) bond when both men openly discussed what happened in Las Vegas, Nevada. Adam saved Chance’s life by intentionally becoming involved in what was a suspected criminal pursuit.

Chance was working undercover for the authorities. He was trailing a suspect who then tried to kill him. Adam intervened and the man lunged toward him. Grossman’s self-defense act, which was never shown in what would have been a retrospective scene, caused the man to accidentally die.

Adam and Chance never reported what happened, which keeps both men in a precarious position. Plus, Adam told the widow that her husband was forced to enter the Witness Protection Program and began paying her a monthly stipend. That establishes the reprisal storyline that could be playing out now, based upon the dead man’s wife’s recognition that she’s been a widow for a while.

So, Chance taking a bullet for Adam repays the Vegas debt, or should.

The Young And The Restless Spoilers – Reasonable Speculation Emerges

A.J. Montalvo (Marcus DeAnda) was also accidentally killed by Adam. That incident was recently revealed as having happened when Adam was eleven years old. It’s reasonable to believe that Adam’s manipulation of Alyssa and her realization of the truth pushed her over the edge and caused her to become the shooter.

Tyler Johnson (Theo Vanderway) announced he’s left the cast. Theo is blamed for everything by Kyle Abbott (Michael Mealor). So, possibly this departing character had a reason to want Adam dead?

The Young And The Restless Comings And Goings: A Lot Of Legaling Up And A Big Exit #yr #youngandrestless https://t.co/h1Cp9P7dWm

Billy Abbott (Jason Thompson) has visceral, unresolved feelings about Adam and experienced a break from reality in the past. He or a number of other characters could have pulled the trigger as well.

Days Of Our Lives Spoilers Next Week: Charlie Interrogated, Shawn And John Demand The Truth!