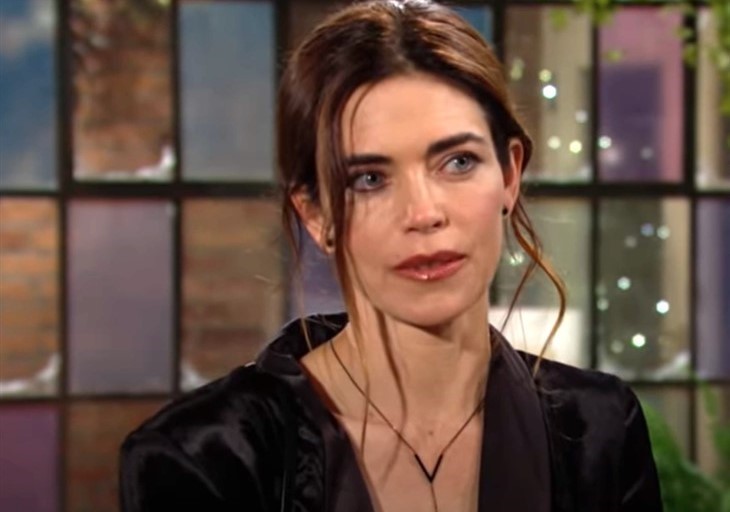 The Young and the Restless (Y&R) spoilers for Friday, May 21, 2021, reveal Victoria pulling out all the stops to make sure Victor gets what he wants.

The Young And The Restless Spoilers – Victoria Newman The Corporate Mogul

Now that Ashland (Richard Burgo) is back in town, the corporate wars that are a signature of Genoa City are on again. Victor (Eric Braeden) still wants that deal with Ashland and thinks he has to compete against Billy (Jason Thompson) and Lily (Christel Khalil). While Victor has nothing against Lily, he really, really dislikes Billy Boy Abbott — still. This is not a new thing, but Victor thinks of him as a failure in business and in his personal life and he’s generally right.

Victoria (Amelia Heinle) had already told Victor that they don’t have to worry about ChanceComm because they are not in the same league as Newman Enterprises, but that doesn’t make Victor see Billy as any less than a rival. That is until he goes head to head with his former son-in-law. Victor might be feeling pretty confident after that talk.

Victoria is also feeling pretty confident because she may have Ashland right where she wants him business-wise by putting on a big smile and being friendly. Might that mean this is more than just business? Victoria has been lonely for a while and a handsome older man might be just what and who she needs.

Meanwhile, Kyle (Michael Mealor) is still quaking in his boots over the whole Ashland situation and it’s both business and personal. Ashland has already done damage to Jabot and now Tara (Elizabeth Leiner) wants him to claim Harrison as his son.

We’re not sure why doing that has been a hard decision for Kyle except that maybe he’s afraid of his own shadow and not quite the hotshot tycoon he thinks he wants to be. Summer (Hunter King) is there to support him, but Kyle wonders how he can hide from Ashland Locke once Ashland learns the truth. Elope, quit Jabot, and skip town with Summer, perhaps? Sure, that’s the responsible thing to do. Stay tuned to The Young and the Restless weekdays to see how this story plays out.