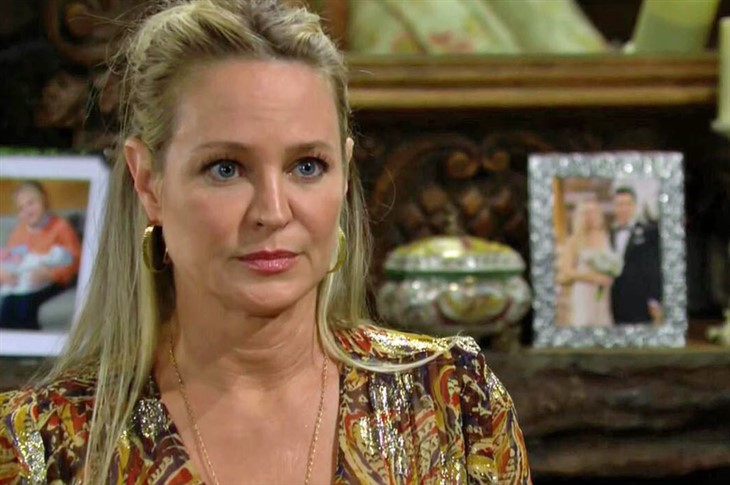 The Young and the Restless(Y&R) spoilers say Rey Rosales (Jordi Vilasuso) is about to experience the same kind of symptoms that at least a million Americans had experienced this past year. But no, it’s not what you think. While fans might think it’s Covid-19, Rey thinks it’s the flu, but he’s about to find out that it’s something worse. Here’s what you need to know.

The Young And The Restless Spoilers – Sharon Freaks Out

According to the latest edition of Soap Opera Digest Y&R spoilers, Rey’s symptoms, which include achiness and sweating, are becoming progressively worse. Sharon Newman (Sharon Case) suggests driving him to the hospital, but he tells her that she’s overreacting. Rey thinks he can fight this and just wants a bowl of soup.

The Young and the Restless spoilers say that Sharon will contact Nate Hastings (Sean Dominic), who will make a house call and draw blood. He tells her that if there’s no improvement by the morning, then Sharon must take him to the hospital. Something is going on but no one knows exactly what it is, but at the same time, it’s scaring them both.

Jordi Vilasuso, who plays Rey on the hit CBS soap opera, tells Soap Opera Digest, “The way Sharon is taking care of him means a lot to Rey. She’s really there for him, which takes away some of the pain of the open wound that is Adam.”

The Young And The Restless Spoilers: Devon And Amanda Not Over Yet? Star Implies Love Triangle Continues #YR #YoungandRestlesshttps://t.co/HDjNw8fCXI

But when Rey gets a really high fever, Sharon takes action. For Sharon, enough is enough and she takes him to the hospital. Jordi continued, “She helps him up but his knees buckle and he goes down to the floor. Sharon has no choice but to call 911.”

Now, as far as what is going on with Rey, remains to be seen. Needless to say, Y&R fans will have to tune in this week to find out what will happen next. The Young and the Restless airs weekdays on the CBS network. Check your local listings for times.