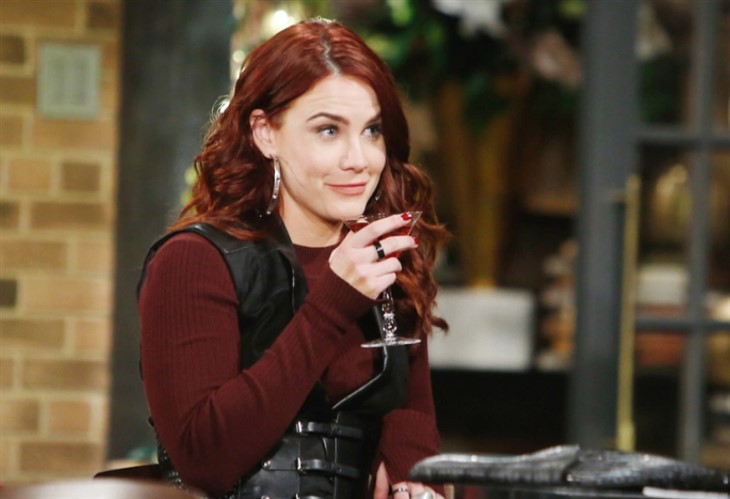 The Young and the Restless (Y&R) spoilers document that in Genoa City, Wisconsin Sally Spectra (Courtney Hope) thinks too much of herself. She currently must believe that Jack Abbott (Peter Bergman) either won’t learn about the pressure she’s responsible for applying to Kyle Abbott (Michael Mealor), or that she’ll be able to explain the matter away at some point.

Sally previously divulged that Theo wanted her to be part of his plans. But Hope’s character hasn’t told Jack that he is believed to be the grandfather of Kyle’s supposed son.

The Young And The Restless Spoilers – Short-Term Couple In GC?

Jack is smitten with Sally. She appears to be using him as a form of social climbing.

Kyle is rightly concerned that his father is being lured in by a snake. Summer Newman (Hunter King) knows what Flo Fulton (Katrina Bowden) told her about Sally’s terrible deeds in Los Angeles, California. So, King’s character is concerned about the man who delivered her into this world as well.

It’s at least possible that the Jally coupling, or Sack if one prefers that nickname, won’t go anywhere. But Jack has fallen in love with other women in the past and has forgiven them of far more than what Sally’s withholding.

Jack’s recent quest to find love dates back to the last part of Dina Mergeron’s (Marla Adams) time on earth. As devoted viewers recall, a touching storyline included the discovery of an old family movie that showed Jack being brought home from the hospital after he was born.

Bergman’s character read into what he believed was a message from his mother, who was in the final throes of Alzheimer’s. The perceived charge was for him to search for love.

Jack wavered a bit in the months that followed. However, Sally’s arrival in GC, and the interest she’s taken in Jack opened a romantic opportunity.

As of now, Kyle believes he’s Harrison Locke’s (no actor known to be cast for this role) father. But Summer implied something interesting when she asked Kyle to consider if a wife who lied to her husband about being involved with Kyle could also be telling a falsehood now, for whatever reason.

Jack will come to know what Kyle has been dealing with. It follows that Sally’s role in this storyline will also come out. That will be a flash point in whatever connection Jack and Sally have, or may continue to develop.

Days Of Our Lives (DOOL) Spoilers: Ciara’s Amnesia Makes Her Blames Claire For Her Injuries