Days Of Our Lives (DOOL) Spoilers: Ciara’s Amnesia Makes Her Blames Claire For Her Injuries 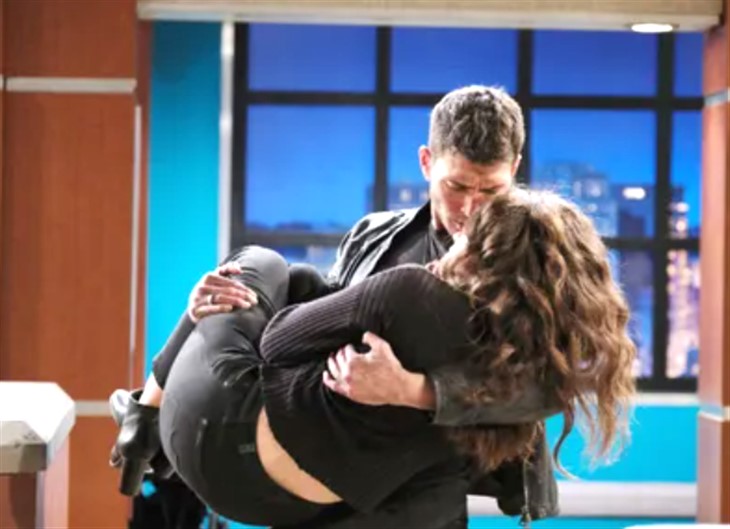 Days of Our Lives (DOOL) spoilers tease that in Salem Ciara Weston (Victoria Konefal) will wake up after surgery for her injuries incurred in the explosion of her plexiglass walled prison, once Ben Weston (Robert Scott Wilson) frees her and gets her to Salem University Hospital. First she will wake up with total amnesia, but then it will seem she’s gotten part of her memory back but only to a certain point; she’ll lash out at Claire, blaming her for her injuries!

Longtime Days of Our Lives viewers will remember that Claire had a literally insane streak of jealousy that caused her to trap Ciara in a vacation cabin at least on one occasion and set it on fire, and framed Ben for it to boot, and then she did the same thing when she was obsessed with Tripp Dalton (Lucas Adams) and tried to burn down a cabin where he was hiding with Haley Chen (Thia Megia)! It seems like Ciara’s memory stops right at the point where she found out that it was Claire who set the fire that Ben rescued her from and then, with Eve Donovan’s (Kassie DiPaiva) help, tried to frame Ben!

Ben is upset when Ciara wakes and doesn’t recognize him, but then Marlena Evans (Deidre Hall) tells him that is normal given the trauma she has been in and the surgery she has had. She had some brain swelling, and like happened with John Black (Drake Hogestyn) when he had his aneurysm, he can expect some strange behavior and some amnesia as her brain heals. But Ben and Claire are both thrown for a loop when Ciara gets partial memory back and lashes out at Claire for trying to kill her! It doesn’t take long for them to figure out that her memory has only returned to that point in the past. Once Claire realizes that, she is not so upset with Ciara’s accusations, although she is upset for Ciara over her partial amnesia!

Dr. Kayla Brady (Mary Beth Evans) explains what is happening to Ben and Claire, since Ben has told her about Ciara lashing out at Claire. She cannot give Claire protected medical information because of HIPAA laws but she can tell her what is happening to Ciara by referring to her like an anonymous patient. Marlena sits in also as Kayla verifies the same thing Marlena did to Ben, that when patients have brain injuries and suffer psychological trauma like Ciara has, having been held hostage for several months, and then being in an explosion that many times their memories revert to a time prior to the most recent trauma.

Days of Our Lives News: Cady McClain Wraps Up Her Stint In Salem https://t.co/vbymfvj7Qr pic.twitter.com/pbYRZe7Dtm

Obviously, Ciara is reacting to something in the past, not in the present. It may take quite some time before Ciara is back to normal, and her personality and reactions are back to normal. Ben gets the most of the information but he will share with Claire, and since Ciara is her father, Shawn Brady’s (Brandon Beemer) younger sister, he is kept in the loop as well. Ciara will likely have a long road to full recovery, but the main thing is that she is alive and she has been found and rescued!