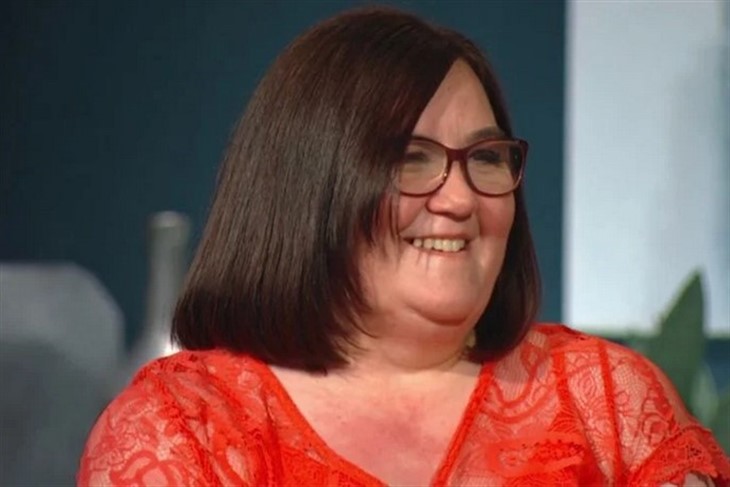 While most reality stars concentrate on their Cameos and OnlyFans and keeping themselves relevant, 90 Day Fiancé star Danielle Jbali is truly working on her career. She recently achieved a major milestone as she announced the news of her nursing capping ceremony.

As nursing has always been Danielle’s dream career, she is obviously thrilled. Her fans are thrilled on her behalf, congratulating her on her huge achievement. A surprising bit of news involves Mohamed, who has reportedly helped to get her through her studies. He even took to social media to congratulate Danielle on her news, slamming TLC for showing the wrong side of his former girl.

Danielle recently updated her fans on Instagram about her major career achievement. She uploaded a photo of her smiling, while wearing her white coat and nursing cap. Jbali captioned the image, “We had our nursing capping ceremony tonight for school.”

This was obviously a huge moment for Danielle after all her hard work. According to Soapdirt, she had her nursing cap pinned as she walked across the stage at the event. However, this wasn’t a graduation ceremony, but a celebration allowing the nursing students to officially enter the nursing industry. Getting that nursing cap pinned is a symbol that you are ready to pursue your nursing dreams. It also turns out Danielle has bigger plans than becoming a licensed practical nurse as she plans to become a registered nurse.

It wasn’t only fans who congratulated Danielle on her major milestone, as a number of fellow 90 Day Fiancé cast members also left a note. Among them were Kenneth, Sumit, Amira, Vanessa and more who congratulated Jbali. However, Mohamed also congratulated her on her big achievement and it turns out he has had her back throughout her nursing school journey. 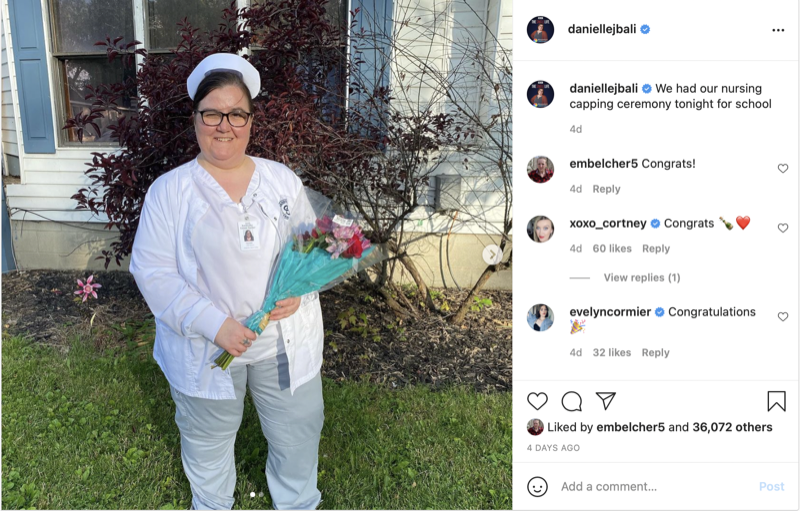 Instagram user @Youresolazy made a post, quoting Mohamed slamming TLC for only showing Danielle’s dark side. He reportedly said, “I wish the TV show focused more on showing how good as a person you are more than faking things to make you like you have nothing but drama in your life.”

Mohamed went on to congratulate Danielle, telling her she is on the right path in her life. In fact, he wrote, “You have my support as always.” Meanwhile, Danielle was quick to thank Mohamed for his support. This goes to prove that reality TV is not always “reality.”

Congratulations to Danielle for a achieving a major milestone in her career! 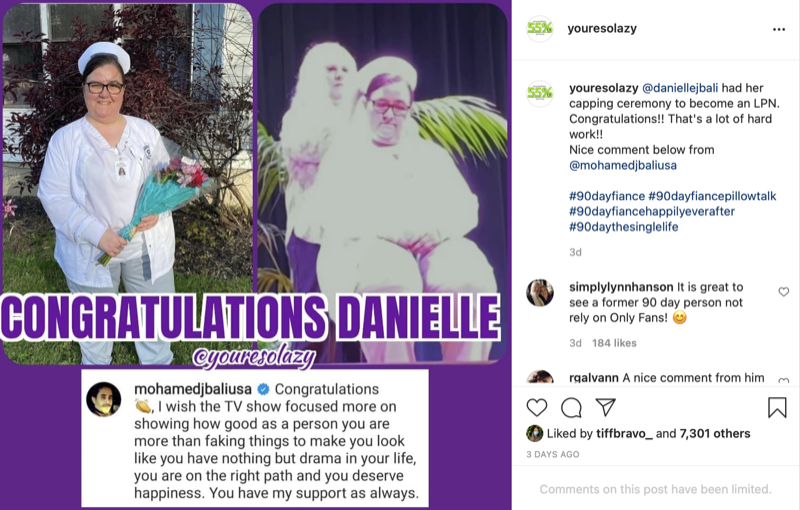