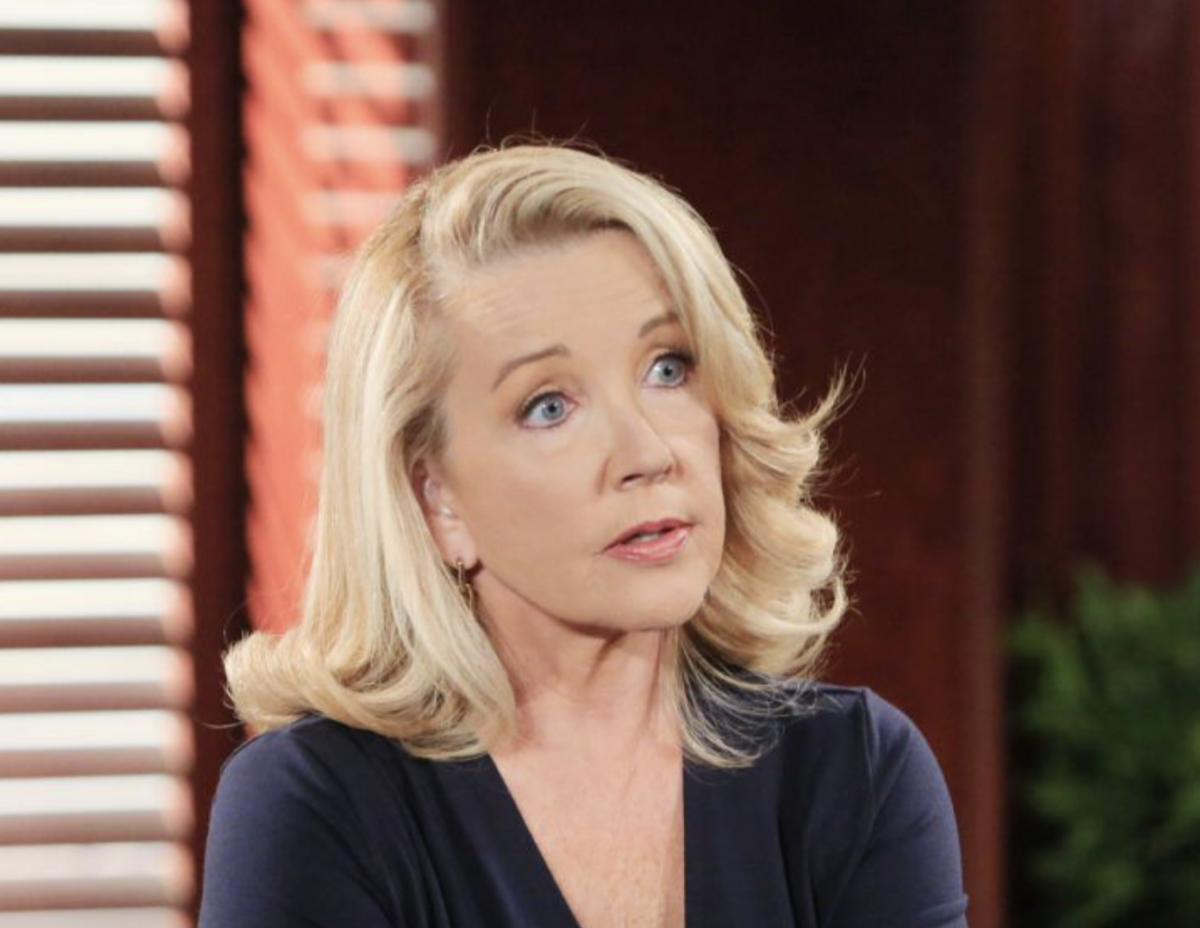 The Young and the Restless (Y&R) spoilers tease that in Genoa City, Wisconsin Faith Newman (Alyvia Alyn Lind) will soon find out that Sharon Rosales (Sharon Case) has disclosed her drinking episodes to her grandmother Nikki Newman (Melody Thomas Scott). As Y&R viewers know, Faith has been drinking far more than either Sharon or Nick Newman (Joshua Morrow) knows, partly to cope with what’s been going on in her life and partly due to peer pressure.

Well, the two instances of drinking that Nick and Sharon know about really have them concerned, and they’d like Nikki to talk to Faith about the perils of drinking and about her own experiences as an alcoholic. That’s something that Nikki will be more than happy to do, but Faith won’t be impressed that Sharon went running to Nikki and spilled about her drinking.

In fact, Faith will blast Sharon for making too big a deal out of what Faith thinks are simple mistakes. Of course, since Faith has continued to drink, even going so far as to steal alcohol from Sharon’s bar at home, it’s more than a couple mistakes that we’re talking about here. It seems to be turning into a pattern of behavior that could soon get Faith in some real trouble.

One wonders whether Nikki’s chat with Faith will have the desired effect, or if it will make the situation even worse. Faith seems to be very prone to stress, and it’s possible that she’ll perceive Nikki’s genuine concern and compassion for her as something much more sinister than it is.

In fact, we wouldn’t be surprised if Faith gets some tips from her friend Jordan (Madison Thompson) about how to “handle” Nikki. Faith might even pretend to be swayed by what Nikki has to say and say all the right things during their talk, only to be pulling the wool over Nikki’s eyes. Faith could even go right from Nikki’s talk to another drinking episode with Jordan.

In recent days, Faith has told Jordan that she’ll find a way for them to get together and party without Sharon and Nick being the wiser. Sadly, it seems that all the love and concern that the adults in Faith’s life show her may stress her out even more, which may lead to more drinking as a coping mechanism. It could turn into a terribly destructive cycle.

Do you think that Faith’s drinking will escalate going forward? Stay tuned to the CBS soap and we’ll be sure to keep you current on all the latest Young and the Restless spoilers and news. Here at SOS, we’ve got you covered!