The Young And The Restless (Y&R) Spoilers: Kyle Reunites With Summer After Learning Of Tara’s Scheme 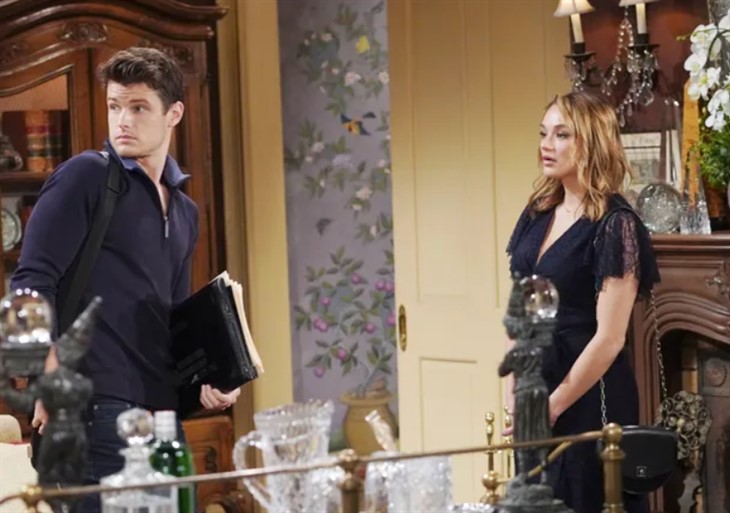 The Young and the Restless (Y&R) spoilers indicate that a reunion may be coming for Kyle Abbott (Michael Mealor) and Summer Newman (Hunter King).

The young lovers have gone through many obstacles throughout the years. Just when it looked like they were finally getting their happy ending, someone else came along to break them up.

That person is Tara Locke (Elizabeth Leiner). Tara is Kyle’s old flame from New York, with whom he has a son Harrison Locke (Kellen Enriquez). After divorcing her husband Ashland Locke (Richard Burgi), Tara set her sights on getting back together with Kyle.

However, Tara’s dirty actions in breaking up Summer and Kyle are going to backfire.

The Young And The Restless Spoilers – Tara Blackmails Summer

Summer’s world was rocked when she learned Kyle had a son. She assumed she would be the one to give Kyle his firstborn. Despite being upset over the situation, Summer adjusted to life as a future stepmother to Harrison. Yet, Kyle and Summer’s new home life would be derailed.

When Tara blackmailed Summer by threatening to cut Kyle of Harrison’s life, Summer had a difficult choice. She loved Kyle with all her heart, but she didn’t want to hurt him by having his son taken away.

After receiving a job offer in Italy, an emotional Summer ended her engagement to Kyle. As hard as it was to let Kyle go, she couldn’t bear the thought of coming between him and Harrison.

Kyle was devastated by Summer’s decision to move to Italy. He wanted to marry Summer and settle down with her. But his plans for the future have been shattered.

Unbeknownst to him, Tara is the one responsible for his breakup with Summer. Kyle has made it known that he and Tara are Harrison’s parents, nothing more. Yet, that hasn’t stopped her from preying on Kyle’s emotions.

Although Tara thinks everything’s working out in her favor, eventually it’s going to backfire.

The Young And The Restless Spoilers – Kyle Newman Reunites With Summer

Kyle’s love for Summer is never going away. He still carries a torch for his first love. As much as Tara tries, she can’t take Summer’s place.

When Kyle discovers Tara’s scheme he’s going to be furious. He can’t believe she’d be so cold and calculating in using their son in a blackmail attempt.

After giving Tara the boot, Kyle will be on a flight to Italy to win back Summer. The Skyle reunion is going to be one of the sweetest and romantic moments in history.

The two will finally be together and have their dream wedding. Although it’s a happy occasion, it’s also bittersweet. With Michael Mealor and Hunter King exiting Y&R, this will mean the end of Skyle.

Skyle is one of Y&R’s most popular couples, and their absence is going to be a big void on the show. However, if they’re going out, might as well go all out with them marrying and moving to Italy.

90 Day Fiancé: Does Natalie Mordovtseva Have A New Man In Her Life?