The Young And The Restless (Y&R) Spoilers: Kyle Needs A Paternity Test ASAP – Is Tara Scamming Him? 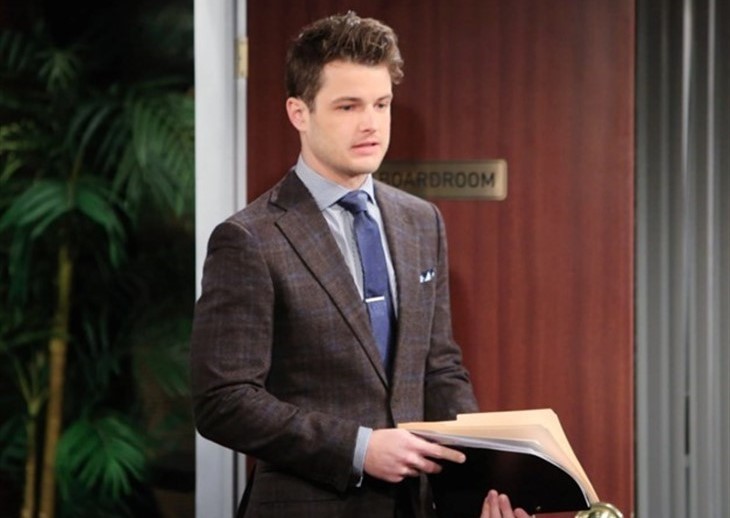 The Young and the Restless spoilers document that Kyle Abbott (Michael Mealor) won’t simply accept Theo Vanderway’s (Tyler Johnson) claim. Stating that a so-called unintended meeting with a lady from Kyle’s past took place and that her child visually appears to have his dimples is proof of nothing.

Kyle must confirm what really happened when he and Theo were in New York, while the character Mealor now plays was off-screen. Proof of paternity is confirmed by a test, not by Theo’s latest arrogant pronouncement.

Theo saw Kyle as a phony. Then, after Johnson’s character learned the incredible truth, that he and Kyle were cousins, Theo was hurt.

Kyle rejected the idea that Theo was family. After being unable to deny proof of the genetic connection, Kyle treated Theo badly. That cold reaction has fueled Theo’s passion against his cousin since Dina Mergeron’s (Marla Adams) backstory was expanded.

It could be Theo doesn’t have any proof and his intention was to stir trouble. Then again, he could believe that Kyle is the father of Tara Locke’s (no actor known to be cast for this role) child and is using this speculation to stir the pot.

Alternatively, Theo might not know what’s true, but still have his speculative theory proven correct. Kyle has acknowledged being involved with Tara at the time when she became pregnant. So, he either is the father of her son or he’s not.

Assuming that Kyle is a dad, then his relationship with Summer Newman (Hunter King) will be tested. Skyle has endured a lot and was in a good place until this new storyline began developing.

But this couple’s love will be challenged if Kyle is responsible for having and then likely helping to raise a son. Along with that, fears of retaliation from Ashland Locke (no actor known to be cast for this role) are real and would also need to be addressed.

The Young And The Restless Spoilers – New Regular Characters In The Show?

It’s possible that Tara is being created as a recurring character, whether she’s the mother of Kyle’s child or not. At the very least, this former love interest might be a rival to Summer.

As for Tara’s son, if Kyle isn’t the father then this story probably goes the way of Zoe Hardisty (Anna Grace Barlow). There will be drama, followed by a resolution.

But if Tara and Kyle are parents, then the boy could become a regular, or a recurring character. Theo would gain a second cousin and Jack Abbott (Peter Bergman) would be a grandfather.