The Young And The Restless (Y&R) Spoilers: Kyle Abbott Must Choose – Summer Or His Son? 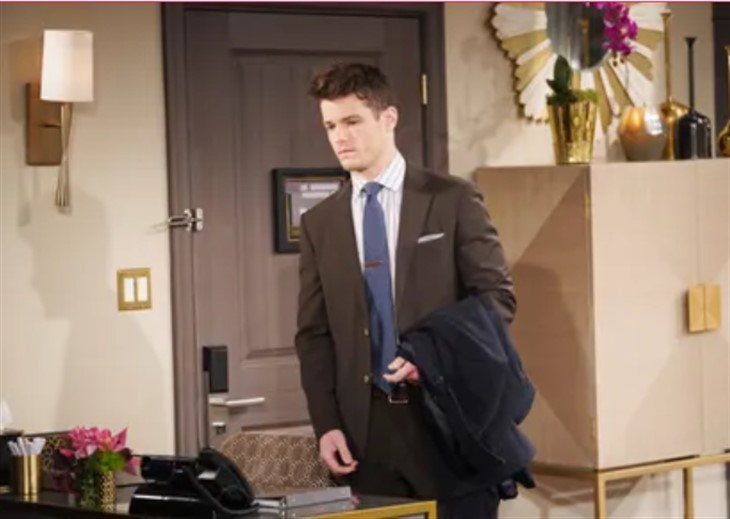 Viewers of The Young and The Restless will remember that Summer was finally planning her wedding to Kyle when Tara Locke (Elizabeth Leiner) and her toddler Harrison Locke (Kellen Enriquez) crashed her engagement party! Summer didn’t sign up for being a stepmother to a toddler and certainly does not want to be the fourth wheel in the family of Kyle, Tara, and Harrison! Why should she?

Visitation is one thing, shared custody is quite another. The Young and the Restless recaps and spoilers indicate Summer thinks little Harrison is a cutie but she doesn’t want to be a part-time mommy to him, and the custody arrangement has yet to be discussed – will Tara move elsewhere and Kyle has him for summers?

Or will Tara move to Genoa City and set up more of a co-parenting arrangement with Kyle and then Summer has to deal with this extra woman in Kyle’s life constantly? Summer and Kyle hadn’t planned on even having children together right off as soon as they are married, and now Tara and Harrison seem to be a complication that may cause the marriage to be put off indefinitely because of court hearings, not to mention Ashland Locke’s (Richard Burgi) constant pressure!

The Young and The Restless fans want to know if Summer and Kyle will even be able to set a date and make plans with all of this interference, and Summer is worried as well!

Y&R Spoilers – Will Summer Newman Give Kyle Abbott An Ultimatum?

Viewers of The Young and The Restless know that ultimately, both Summer and Kyle need to make some tough decisions. Summer wants Kyle to herself which is not unexpected or wrong for a new bride. When she reconciled with Kyle as he was in the throes of a divorce from Lola Rosales (Sasha Calle) there weren’t these kinds of problems.

Y&R spoilers tease Summer can see that Kyle is already attached to his little boy with Tara and she is not such a monster that she would not allow him to see his little boy, but at the same time, it looks like Tara is insisting to be part of the package as well! Summer is tempted to give Kyle an ultimatum and perhaps she will – to choose between his baby mama and her, although she cannot bring herself to make him choose between herself and Harrison.

The Young And The Restless (Y&R) Spoilers: Rey Demands A Second Opinion On Chelsea?
https://t.co/AKkXq10p0N

Kyle needs to make some tough decisions as well on The Young and the Restless – although Tara is not even divorced yet and she isn’t overtly trying to get back together with him, Summer is putting pressure on him to choose between Tara and her! He’s not even sure where Harrison will fit in because Tara seems to be describing not shared custody, but co-parenting, which is different.

Co-parents, even though one or the other may have moved on and is with someone else, remain a large part of each other’s life for the sake of their shared child! Summer will not put up with that and indeed she is even torn over Kyle wanting to share custody of Harrison!

Royal Family News: Prince Harry Insists He Is WOKE Forgetting His UNWOKE Past