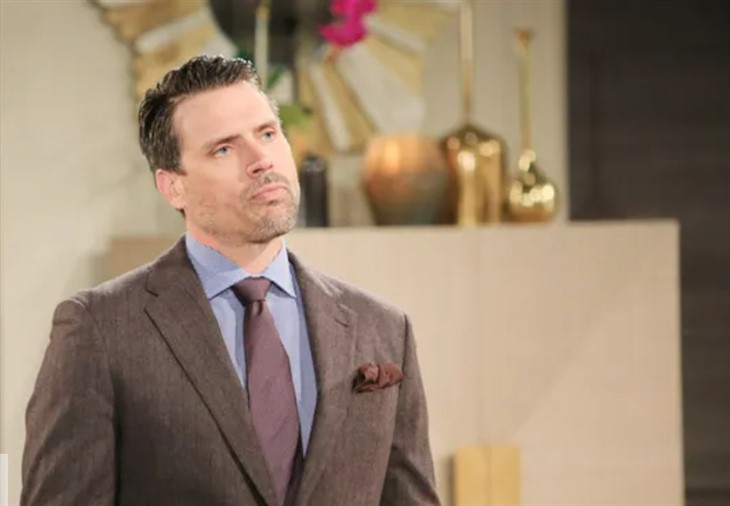 The Young and the Restless (Y&R) spoilers and updates for week 29 reveal that Faith Newman’s (Alyvia Alyn Lind) impulsive behavior will bring her parents Nick Newman (Joshua Morrow) and Sharon Rosales (Sharon Case) closer together. Will Faith’s ongoing troubles reignite a spark in their relationship?

Some fans may be hoping for a Nick and Sharon reunion but that’s unlikely to happen, at least for now, according to Joshua Morrow. In an interview with Soap Hub, the actor hinted that his character, Nick, and his ex-wife, Sharon, are highly unlikely to get back together, at least for the time being.

Morrow said that both characters are in “extremely healthy relationships” and nothing is going on between Nick and Sharon. Add it to the fact that Nick likes Rey Rosales (Jordi Vilasuso) and is happy that he’s with Sharon.

“They’re being grown-up about each other’s relationship. Right now, they’re doing everything they can do to help their daughter,” he explained.

Sharon is happy with Rey and Nick is enjoying his no-pressure relationship with Phyllis Summers (Michelle Stafford).

“There’s no pressure or stress to take it any further. Nick’s life is essentially turmoil-free, right now. Phyllis always has some kind of turmoil in her life,” he added.

“They’re not talking about getting married or are involved with other people romantically. They’re just enjoying each other – (wryly) from six feet away,” Morrow continued.

The actor didn’t totally reject the idea of a Nick and Sharon reunion. He explained that the pair is each other’s first love but they’ve changed a lot since then. Their love for each other will never fade and “They’ll [likely] get back into bed [with each other] at some point over some traumatic experience.”

But even with that possibility, Morrow clarified that the pair isn’t thinking about that. They’re happy with their current romantic relationships. Of course, things are different when you add Faith to the picture. Nick and Sharon are co-parenting their teenage daughter and they’re having a hard time given her erratic behavior.

The Young And The Restless Spoilers: Faith Injured In Drunk Driving Crash, Will Nick And Sharon Lose Their Daughterhttps://t.co/ewil64pMIk

Upcoming scenes for the March 29 episode revealed that Nikki Newman (Melody Thomas Scott) will discover that a bottle of tequila is missing from the bar. Fans know that Faith recently found out that her friend, Jordan (Madison Thompson), was deceiving her through texts by pretending that she was the boy she liked. Feeling heartbroken, Faith waits for Nikki to leave and takes a bottle of tequila before leaving the house.

Nikki informs Nick and Sharon about what’s going on with Faith and they’ll try to track her down. They’re both terrified that Faith may have gone drunk driving, which could lead to a terrible accident, just like the car crash that led to the death of their older daughter, Cassie Newman (Camryn Grimes).