The Young And The Restless (Y&R) Spoilers: Does Ashland Know About Tara And Kyle? GC Meetings Part Of Larger Plan 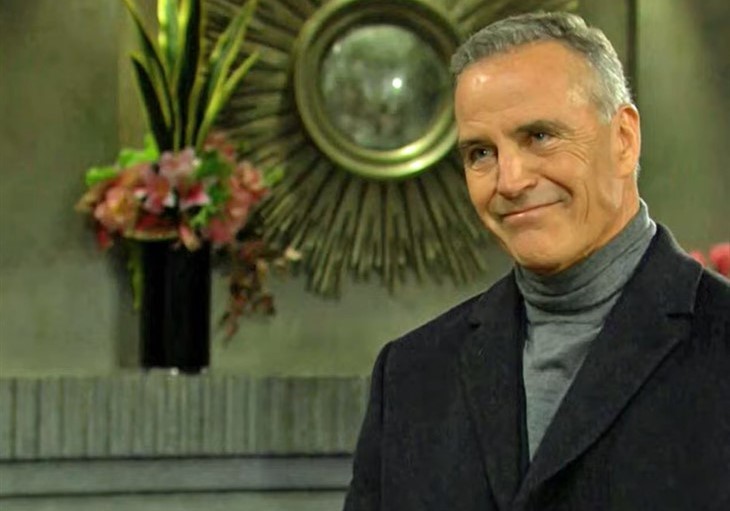 Ashland was hyped as someone who had a ruthless reputation, which instantly put him into the same category as Y&R’s anti-hero, Victor Newman (Eric Braeden). So, it was fair for viewers to wonder if Burgi’s character suspected or knew that Kyle Abbott (Michael Mealor) was more than just John Abbott’s (Jerry Douglas) grandson.

Young And The Restless Spoilers – Tara Locke Hiding Her Cards

Tara Locke (Elizabeth Leiner) is playing defense. She’s told Kyle that Harrison Locke (no actor known to be cast for this role) is his son, but hasn’t provided proof. He’ll surely need that if he eventually decides to seek custody rights.

Summer Newman (Hunter King) wisely told Kyle that what he believes is based on Theo Vanderway’s (Tyler Johnson) seeming speculation suggested, Sally Spectra’s (Courtney Hope) latest blackmail threat, and Tara’s words. Summer was protecting Kyle when she speculated that Tara’s past affair with Kyle could also mean that she’s not telling Mealor’s character the truth now.

No one is questioning that Ashland built a globally influential company. When it comes to business, specifically the one he owns, he holds a desirable asset.

Kyle has been in panic mode since hearing Theo’s latest slam. Locke’s reputation for destroying the lives of his opponents and creating collateral damage for that person’s loved ones naturally set Kyle off.

It would be or is foolish for anyone to assume that Ashland would openly tell Kyle that he knows what happened in New York. However, if he is in the dark, then the Locke’s presence in GC should prove to be dramatic, with lives changing through various reveals.

Young And The Restless Spoilers – Kyle Abbott Must Prepare His Family

Jack Abbott (Peter Bergman) and the Abbott family need to know what happened with Tara. While it will be embarrassing, Kyle must put his pride aside and clue his father and extended family in.

The Abbott family, Jabot, and Fenmore’s will be ready to respond to whatever Ashland might do if they are prepared ahead of time. Plus, Harrison could be an Abbott, which means that all involved with be fighting for one of their own.