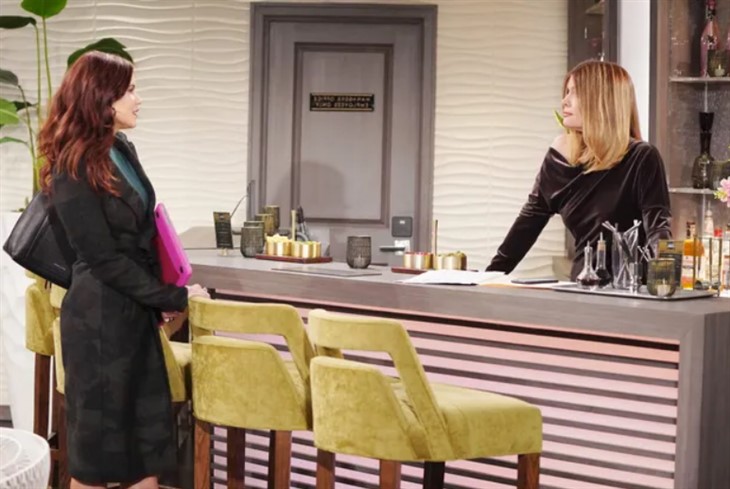 The Young and the Restless (Y&R) spoilers reveal that there could be another unexpected alliance. It is confirmed that next week, Phyllis Summers (Michelle Stafford) plays hardball with Sally Spectra (Courtney Hope). The schemer might realize that Tara Locke (Elizabeth Leiner) will throw her under the bus. Could Phyllis partner with an enemy to expose a bigger threat?

The Young And The Restless Spoilers – Phyllis Summers Determination

Y&R spoilers reveal that there was a time when Phyllis’ only concern was Sally. Summer Newman (Hunter King) was having issues with Sally. Once Phyllis found out all the details, she took action to protect her daughter. However, Summer and Phyllis had no idea that there would be someone far worse than Sally. Of course, we are talking about Tara Locke.

Phyllis knows that Tara is the reason why Summer suddenly broke off her engagement to Kyle Abbott (Michael Mealor) and took a job in Milan. She also knows that Tara and Sally are working together.

It is teased that Phyllis will play hardball with Sally. Even though Phyllis might threaten Sally at first, there is a better way for her to go about this. She’s not likely to get any information by strong-arming a stubborn girl like Sally. What Sally craves the most is love and acceptance. The Bold and the Beautiful fans know this well. Plus, Sally is coming to the conclusion that Tara doesn’t view her as a friend. She is simply a prop to get her close to what she wants. Tara has already betrayed Sally once and she will do it again.

In fact, if Tara is ever confronted about anything, she won’t hesitate to throw Sally under the bus. So, the best thing Phyllis can do is try to strike a deal with Sally to get the goods on Tara.

The Young And The Restless Spoilers – Tara Locke The Bigger Threat

The Young and the Restless spoilers reveal that Phyllis also needs to gauge who the bigger threat is right now. It certainly isn’t Sally as she is starting to feel guilty, especially when it comes to Jack Abbott (Peter Bergman). Sally is small potatoes compared to Tara. It is very possible that Phyllis will realize this and use another tactic to get to Tara.

Even though Phyllis and Sally will never be friends, many enemies join forces to accomplish a common goal. Once Sally realizes that Tara isn’t her friend and will use her as the scapegoat, she might be desperate to prove the truth. Meanwhile, Phyllis will have her hands full trying to convince Jack that he is being fooled by Tara. It is possible that two enemies will join forces in order to expose and eliminate Tara for good.