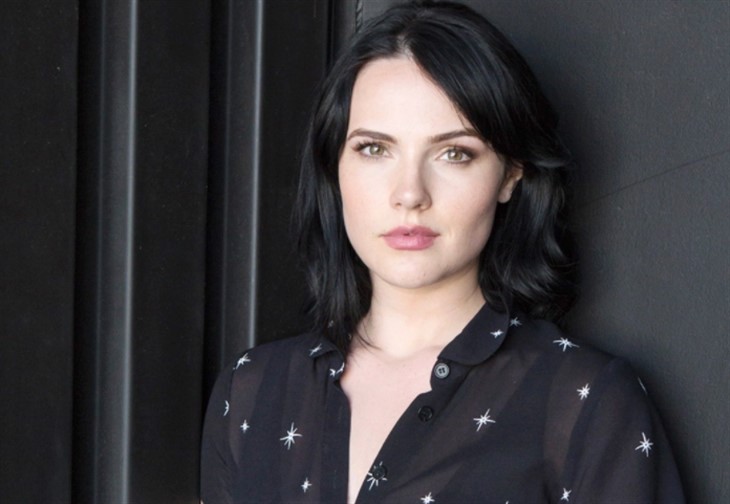 The Young and the Restless (Y&R) news reveals star Cait Fairbanks, who is best known for her role as Tessa Porter, has some exciting news to share with her fans! The CBS soap opera actress has just landed a guest role on a primetime television show and we’ve got all of the details that you need to know right here. Read on!

Even though Tessa has been quite busy with all of the drama in the fictional town of Genoa City that she lives in, Cait will be taking a break from all things Y&R to guest star in an episode of The Goldbergs on the ABC network. She played a character by the name of Paula Logan in an episode airing Wednesday, May 12th at 8 pm EST. How exciting!

Cait has been a fan favorite for many years on The Young and the Restless. While her character doesn’t always see eye-to-eye with her on-screen love Mariah Copeland (Camryn Grimes), Cait says that it’s an absolute honor to play an LGBTQ soap character, especially since there aren’t that many in the daytime television world.

In an interview with Soap Opera Digest, Cait said that she believes she and Camryn are making history with their characters. She said, “It feels really special. I feel so honored. A lot of the times I’m like, “What did I do to deserve this kind of support?” I feel so lucky to be part of this story, honestly, and honored. But it is one of those things where you don’t really think of it like you’re making history ’cause you’re just doing your job. Again, you’re in this tiny box. So to see people affected by it is a really great reminder. It feels so humbling and special. It feels very important to me.”

It’s exciting to see Cait both on daytime and primetime television. Watch this space as I’m sure we’ll be seeing much more of this talented actress in the future!

Days Of Our Lives (DOOL) Spoilers: Xander Plans To Kill Sami And Lucas – What Stops Him?