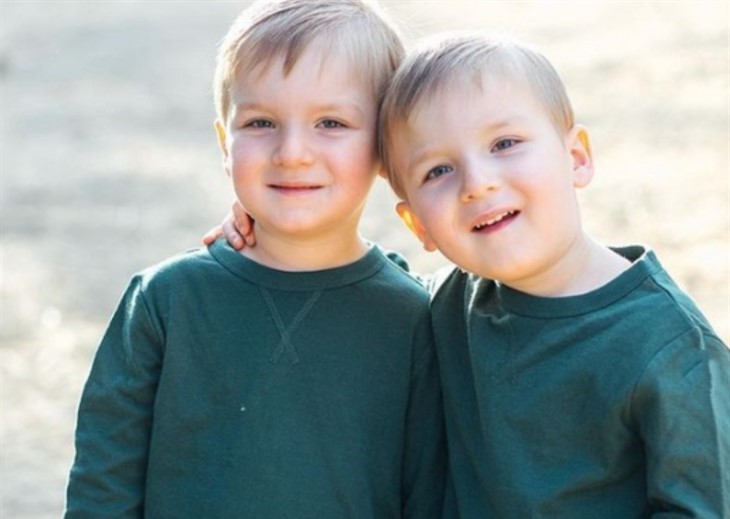 General Hospital (GH) spoilers and news reveals congratulations are in order for the cute little duo who have brought the character of little Wiley on the daytime soap opera General Hospital to life.

The twins were introduced to the show when they were babies as the character Wiley Cooper-Jones, born as Jonah Michael Corinthos. Wiley was switched at birth, but finally found a home with his biological father. As Wiley has now found some stability on the show after going through some challenging times, the twins are ready to have their own real-life celebration.

“The boys have a very happy announcement to make!” the twins’ mother wrote on Instagram with a pair of their cute videos. “They are going to be BIG BROTHERS to a sweet little baby SISTER! Due date is Halloween and we are all over the moon! They kiss my belly daily, and are per usual, the sweetest ever!”

In the first clip, we see the boys dressed in adorable bow ties and newsboy caps as they were prompted by their mom who was off-camera to deliver the big news.

The second clip shows their mother coming out on the back porch with a picture of her sonogram to show the boys. She then proceeded to announce that it’s a picture of their new baby sister.

We’ve watched the Olson twins take turns playing Michael and Nelle’s son Wiley on the soap, but it would be nice to see their little sister make a cameo in GH. Maybe Michael and Willow could have a daughter and the baby girl will put in an appearance? I know, just a wishful dream. 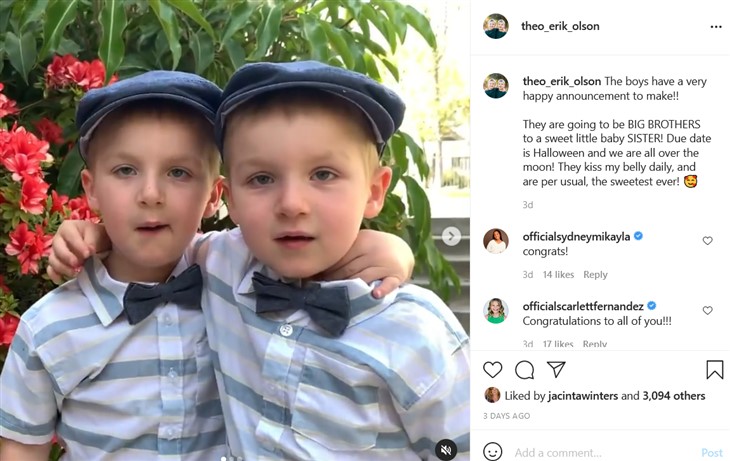 Of course, the news was met with hearts and a lot of congratulations from fans who were glad to hear that the twins will soon be big brothers!

But fans of the show aren’t the only ones to show the twins some love, their GH co-stars’ congratulated them on the happy news. Ava and Grace Scarola (Avery), Briana Nicole Henry (Jordan), Sydney Mikayla (Trina) and Scarlett Fernandez (Charlotte) sent in their lovely congratulatory messages.