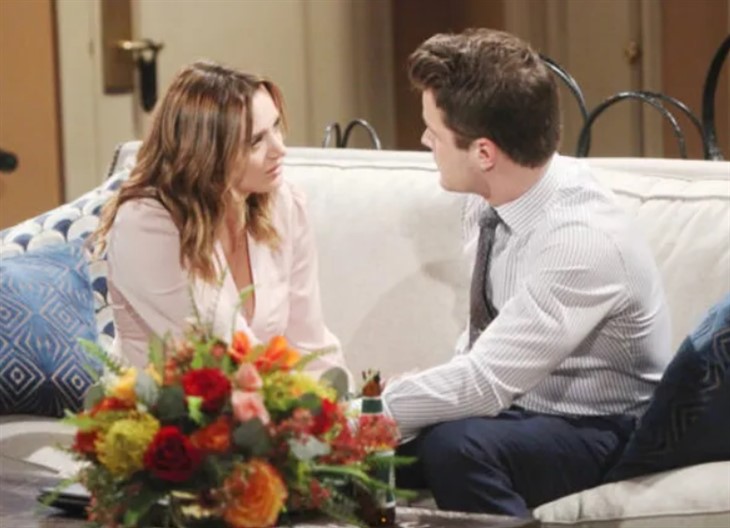 The Young and the Restless spoilers reveal that last week, it was teased that one popular soap couple could be leaving. It was shared by Soap Opera Digest that the actors were having trouble with contract negotiations. A new report clarifies that the couple is Summer Newman (Hunter King) and Kyle Abbott (Michael Mealor). Keep reading to get the details.

The Young And The Restless Spoilers – Summer Newman’s Milan Move

Y&R spoilers reveal that Tara Locke (Elizabeth Leiner) struck a deal with Sally Spectra (Courtney Hope). In order to eliminate someone that was in both of their ways, the duo arranged Summer to get a job offer in Milan, Italy. Tara told Summer that if she didn’t leave the country, then Kyle would never see Harrison Locke (Kellen Enriquez) again. This week, we saw her say goodbye to everyone before leaving for Milan.

Now that Summer is gone, Tara will take full advantage in order to accomplish her goals. Kyle and Harrison have already bonded. She will continue to use that in cruel and unfair ways. Of course, very few people have seen Tara’s true colors, but that will change as the story progresses.

It is teased that Tara will “comfort” Kyle and remind him of all the good times they shared. She thinks it should be easy enough for Kyle to forget Summer, especially with her back in his life. However, it is speculated that Tara might be underestimating the power of love. So, she might try to get closer to Kyle but it probably won’t go the way she envisions.

The Young and the Restless spoilers reveal that SOD published a new update on King and Mealor’s contract negotiations. They have been going back and forth but have not been able to come to an agreement. It’s a stalemate and that means Summer and Kyle could both be saying goodbye to Genoa City.

“According to setside sources, Hunter King and Michael Mealor, who comprise one of the show’s most popular couples, are on their way out. An insider reports that protracted negotiations over King and Mealor’s contracts reached a stalemate, so the duo will be exiting the canvas. There’s no word yet on last air dates…”

It’s possible that Summer will reach out to Kyle or perhaps tell her parents about Tara’s threat. Another possibility is that Tara gets too cocky and makes a foolish mistake. Perhaps even Sally will rat out her manipulation partner when Tara goes too far. There are a lot of ways “Skyle” could be written out but given a happy ending at the same time. Sally does need a redemption storyline. This might be one way to save Courtney Hope’s character. We will keep you posted with new developments and updated information as it becomes available.