The Young And The Restless Comings And Goings: Chelsea Newman Exits 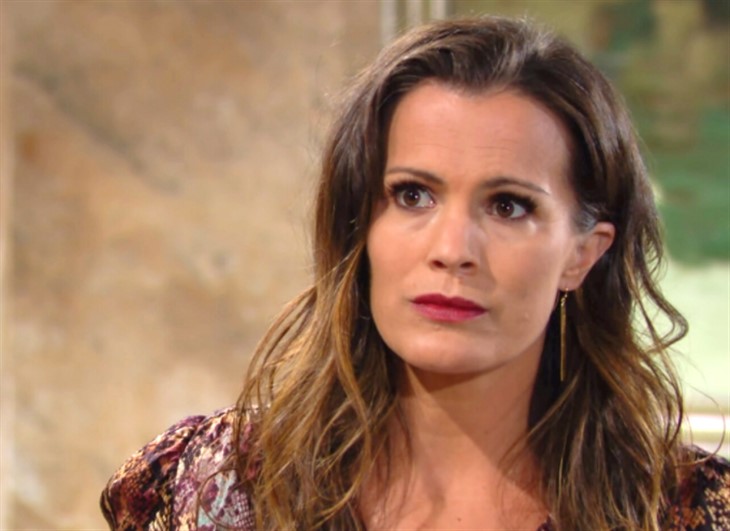 The Young and the Restless (Y&R) comings and goings say that fans will be seeing a whole lot less of actress Melissa Claire Egan (Chelsea Newman) in the coming weeks and perhaps even months ahead. That’s because the actress is set to give birth to her first child in the coming weeks, which means that she will be taking a short break from the canvas. Here’s what you need to know.

The Young And The Restless – Comings And Goings: Chelsea Newman Checks Out Of Genoa City

According to the latest edition of Soap Opera Digest, Melissa Claire Egan is temporarily leaving the show for her maternity leave. As many fans know, now that her character Chelsea Newman is out of the mental ward, she’s set to leave Genoa City as fast as possible, as she needs to take care of her mother Anita Lawson (Catherine Bach), who just suffered a nasty fall. She was also hoping to get custody back of her young son Connor, but it doesn’t look like Adam Newman (Mark Grossman) or Victor Newman (Eric Braeden) are willing to cooperate in her favor.

Egan says that she is set to give birth to her son in August, but she’s not disappearing from the canvas altogether. She told the publication, “You will see Chelsea check in now and then on video calls, so her presence will still be felt.”

Y&R Comings And Goings – Chelsea Will Still Be Checking In

In other words, it doesn’t look like Chelsea is going anywhere, anytime soon. Now, if The Young and the Restless fans do end up seeing another version of the otherwise manipulative character upon her return remains to be seen. For now, it looks like Chelsea is leaving behind all of her problems and drama just to pick them up again upon her return. Needless to say, The Young and the Restless fans will have to continue tuning in each and every day to find out what will happen next!

The Young And The Restless Spoilers: Tara Tricks Sally, Frames Ashland To Look Like A Monster