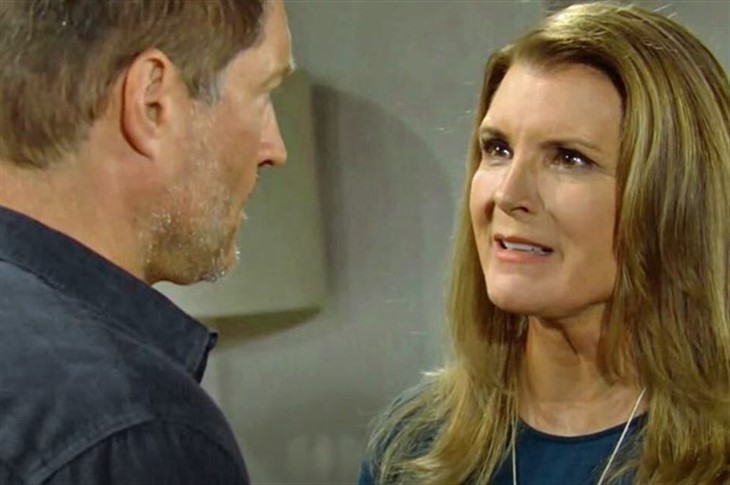 The Bold And The Beautiful Spoilers – Deacon Sharpe’s Fantasy

B&B spoilers reveal that Deacon got out of prison and tried to reconnect with Hope. Despite his history, Hope truly wants to rebuild the relationship with her biological father. Deacon and Hope are having success getting to know each other again. However, they do face obstacles, such as Liam Spencer (Scott Clifton) and Ridge Forrester (Thorsten Kaye).

Hope isn’t the only reconnection that Deacon wants to make, though. Deacon also wants to be a family with Brooke.

Hope is becoming obsessed with the fantasy of becoming a family with both of her biological parents. After overhearing Liam and Steffy Forrester Finnegan (Jacqueline MacInnes Wood) strategize, Hope will make a pact with Deacon. The father and daughter are determined to get rid of Ridge. The duo also plans on getting Brooke to admit that she still has feelings for Deacon.

The Bold And The Beautiful Spoilers – Sheila Carter’s Jealousy

The Bold and the Beautiful spoilers for the week of December 6 reveal that Deacon will keep talking about his family fantasy. What brought Sheila and Deacon to work together was them sharing a mutual goal. That goal was to be in their children’s lives despite the Forrester family’s interference.

However, Deacon already has Hope on his side. Now he will become fixated on being with Brooke. It is stated that Sheila will grow increasingly frustrated with Deacon’s obsession. Sheila might even become jealous, which could compel her to take drastic action.

There are many easy Sheila could target Deacon’s family dream. The Forrester family might not listen to anything Sheila has to say, but John “Finn” Finnegan (Tanner Novlan) would. So, Sheila could “warn” Finn about Deacon’s obsession with Brooke, which he would share with Steffy. Then, Steffy would probably inform Ridge. Sheila could also claim that the romantic scheme was all Deacon’s idea.

Sheila might even take things a step further by fabricating “evidence” that Deacon has ill will toward Brooke and Hope. After all, Sheila fabricated love letters between her and Deacon to make their scheme more believable. So, she could do the same thing in order to make Deacon sound like he’s after their money rather than a relationship. In any case, Deacon is going to regret teaming up with Sheila.

DOOL Spoilers: Cin Having Twins – One Angel Baby And One Devil Baby